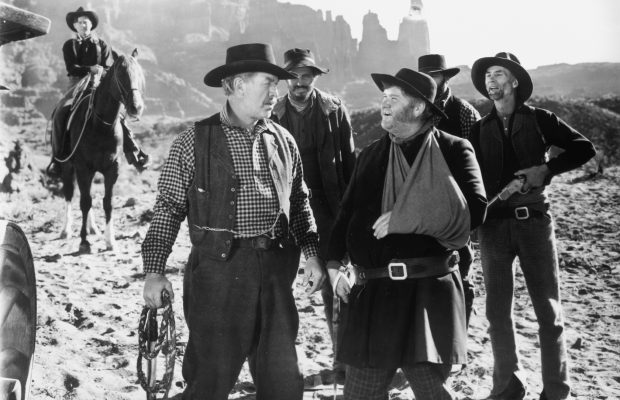 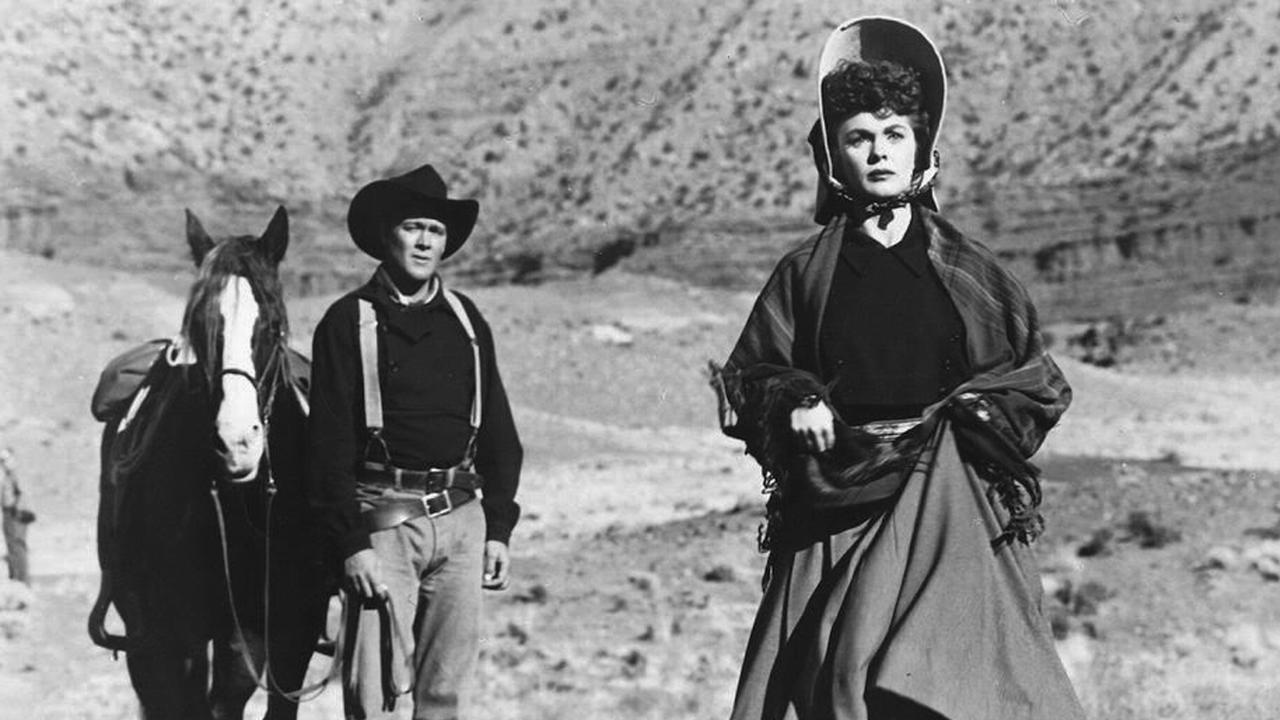 During an interview in 1967, Director John Ford told Peter Bogdanovich that Wagon Master was one of his three favourite films; the other two being The Fugitive (1947) and The Sun Shines Bright (1953). He said, “Wagon Master came closest to being what I wanted to achieve.” Although most films were in colour by 1950, Wagon Master was shot in black and white, and enjoys a clean, sweeping cinematography that doesn’t confuse the eye with dazzling colour.

As well, the film lacks any box office big names. Neither of these things detracts from this truly fine film. Wagon Master has all the familiar Ford nuances: a great supporting cast of familiar character actors; fabulous landscapes; superb cinematography; sentimentality, humour, and a sense of community. In framing the faces during the Navajo dance sequence, Ford doesn’t make judgments but deftly allows the viewer to see the curiosity of the children, the disapproval of the Mormon matrons, and the sheer joy of the dancers; the viewer can choose ‘which one am I?’

A solid cast of well-known supporting and character actors deftly carry the film, many of whom were Ford’s favourites and informally known as Ford’s Stock Company. The love interest for Ben Johnson, and lead female role, is played by Joanne Dru, who had previously worked for Ford on She Wore a Yellow Ribbon; this was the 5th film in her career. Ruth Clifford (playing Fleuretty Phyffe, a mature woman of, shall we say, ‘numerous experiences’) was frequently cast in Ford’s films; she was also his favourite bridge partner during down time on set.

A young James Arness, the future Marshall Dillon of television’s Gunsmoke, has a small but commanding role as one of the Clegg Gang. His overt menace and the evil and often lecherous look on his face is a far cry from that stalwart upholder of law and order, Marshall Dillon. What a difference!

The protagonists are played by Ward Bond, Ben Johnson and Harry Carey Jr. Ward Bond’s character, Elder Wiggs, is a recent convert to religion; you can tell he had been a tough, rough-around-the-edges kind of man. Watch him rise in anger and begin to swear, only to sheepishly deflate under the stern, admonishing glare of Elder Perkins, played by Russell Simpson.

In this film, Ben Johnson and Harry Carey Jr. are the scouts hired to lead a wagon train of Mormons to their new home, after they were ‘nicely’ asked to leave town. This was not an uncommon occurrence in 19th century America as Mormons and their beliefs were looked upon with disfavour. Johnson and Carey are the only men in the group who have guns, implying that the Mormons were pacifists, a wholly inaccurate depiction.

History documents that Mormons had often used firearms to defend themselves and they had engaged in quite violent conflicts. During what is known as the Utah War (1857-1958), the Mormons engaged in armed conflict with the United States government. A most notable act of Mormon violence was The Mountain Meadows Massacre (September 7–11, 1857); a group of Mormons, along with Paiute First Nation allies, attacked a wagon train of settlers camped at Mountain Meadows in southern Utah Territory. When all was done, 120 people were murdered; only children under 7 years of age were spared and then adopted by Mormon families. To appease outrage within the US government and to avoid an all-out war with the US army, the Mormons prosecuted one of their own members as a scapegoat for the massacre; he was tried, convicted and executed by his own religious leaders.

Interesting fact for your next trivia night: Wagon Master was the inspiration for the TV series Wagon Train (1957 – 1965); Ward Bond played the wagon master, Seth Adams, in the first four seasons of the show until his death by heart attack on November 5, 1960. His close friend and frequent co-star in John Ford movies, John Wayne, delivered the eulogy at his funeral.

Another interesting tidbit about Ford are the character names of female leads in some of his films. In Wagon Master, Joanne Dru played Denver; in Stagecoach (1939), Claire Trevor played Dallas – two cities associated with the Wild West.

Both actresses played women of questionable virtue who have been forced out of town due to their “profession”. Contrast that with Fort Apache (1948) where a virginal Shirley Temple is named Philadelphia, the virtuous city of brotherly love. In western films, Philadelphia and Boston were often alluded to as centres of culture, justice and civilization.

While Wagon Master isn’t as big a picture as other Ford offerings, such as his Cavalry Trilogy, Drums Along the Mohawk, or My Darling Clementine, (are you taking notes? You have to watch these films!), Wagon Master has Ford’s strong storytelling and the magnificent cinematography seen in all of his classics. Even though Wagon Master received a somewhat lukewarm response upon its release, once you’ve seen this film, you will realize why it has come to be considered one of Ford’s best.

Sometimes, it’s hardly worth writing these things, given the lack of info available on  lesser-known Canucks based in Hollywood. Case in point: George Huggins, who plays an uncredited settler in 1950’s Wagon Master. All we now know about this actor is that he was born “in Canada” on November 8th, 1901, had bit role credentials for (among others) The Adventures of Robin Hood (1938), Calamity Jane (1953) and The Big Country (1958), and died in Los Angeles in 1959, aged 57. Ça, c’est tout.