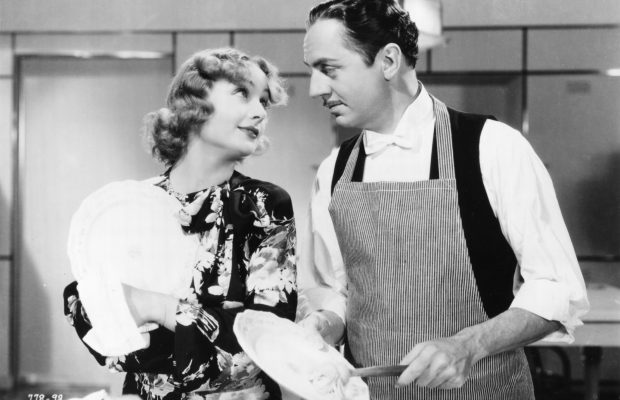 My Man Godfrey is a screwball comedy directed by Gregory La Cava and was released to great commercial success on September 6, 1936. The backdrop of the film, as set out in the opening credits, is the extreme wealth gap between the wealthy and the “forgotten men”, contrasting the glitz of the city to the shanty town in the dump where the titular character, Godfrey Smith (William Powell) lives. In some ways, it’s a familiar backdrop for 21st century Toronto, where condo towers continue to rise amidst growing tent camps in the parks.

The movie begins with Irene Bullock (Carole Lombard) and Angelica Bullock (Gail Patrick) searching around a city dump for “forgotten men” for a deluded “scavenger hunt” being run by an off-the-rails party of the ultra-wealthy.

Throughout the film, wealth is displayed through the comic, frivolous hysteria of the women and the haplessness of the men who actually make the money.

Poverty is embodied by the forgotten men—virtuous white men struggling to survive who simply need to be given a job (not welfare!). [Pay close attention to each forgotten man’s origin story and ask yourself who the film is really concerned about.]

The Bullock sisters come across Godfrey and he agrees to be taken back to be displayed as part of this scavenger hunt. It is there that Irene insists he become their butler. Shenanigans ensue.

Without spoiling said shenanigans, I will make a few remarks about my favourite character, Carlo (Mischa Auer). Carlo is the “protégé” of the Bullock matriarch’s (Alice Brady). He spends a lot more time eating than practicing the piano, but when he does, it’s one piece and one piece only. Occasionally, he impersonates a gorilla (frighteningly well), and does read some poetry to Mrs. Bullock (though she doesn’t seem to want him to), but most of the time he is brooding or eating. A commensurate hanger-on, Carlo represents one vision for the role of art in dark times.

It makes you wonder. At a time when so many in the US were literally starving, why was this film so successful? It’s true that hysterical women are a tried-and-true font of comic genius, but there must be something more to it. If I had to guess (and maybe read a few movie reviews), I’d say it’s probably the characters themselves. As annoying as everyone is, they are genuinely lovable and — economics be damned — you just want things to work out for these hopeless rich people.

Roger Ebert refers to Irene’s pining love for Godfrey and the way he responds as “effortlessly magical”. Oh yes, and the outfits are to die for.

Maybe that’s the reason, or maybe, then as now, people like to watch wealthy fools behave absurdly. John Farr writes for Best Movies by Farr, “During the bleakest days of the Great Depression, screwball comedies gave struggling Americans vital relief and escape. These films skewered the upper class, which seemed only fitting, while simultaneously giving audiences the vicarious thrill of experiencing life on easy street, among high society.”

In our times, movies are unnecessary to get our fix of envy and schadenfreude. Whether it’s following the news of celebrity court dramas or reading the actual tweets of former presidents, there is plenty of dumpster fire to go around to ensure that everyone is warm. And for all that, it’s still a pretty funny movie. 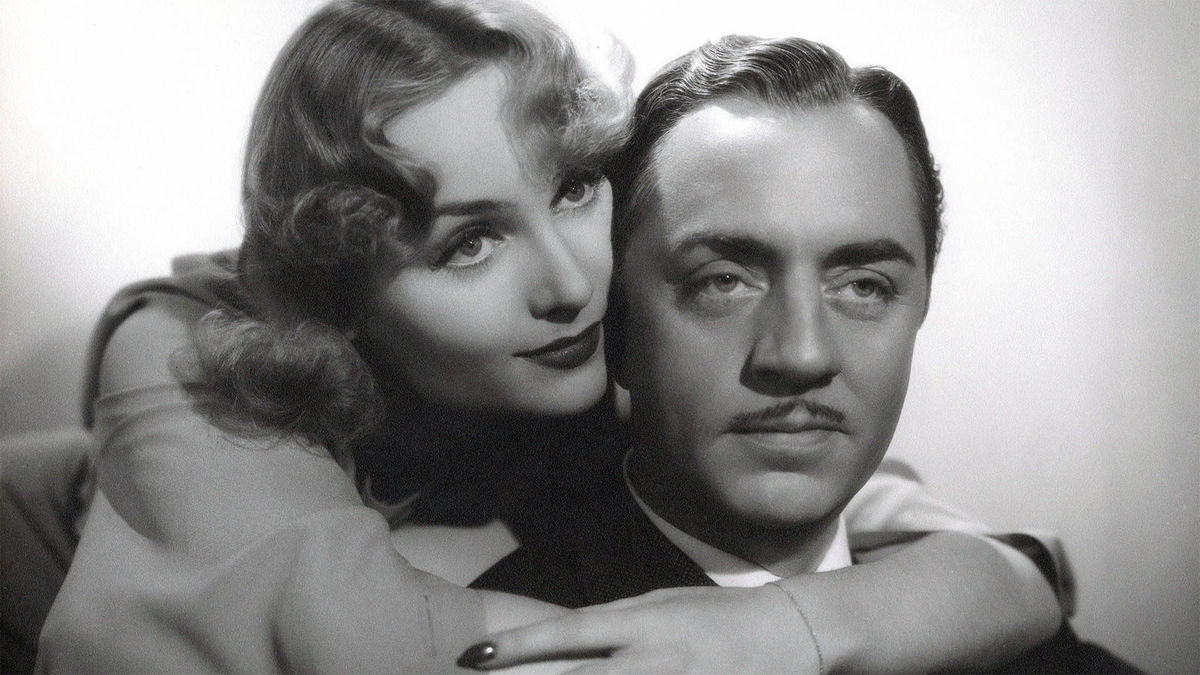