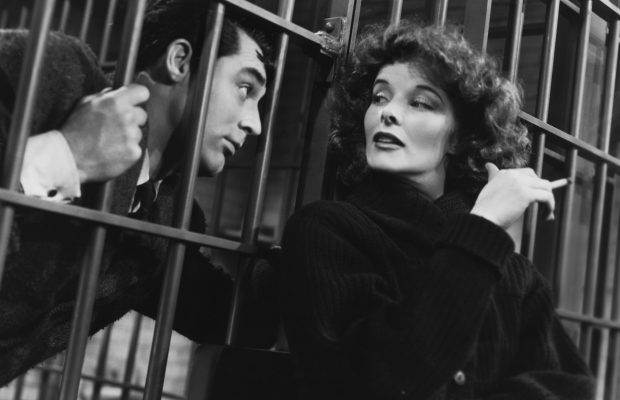 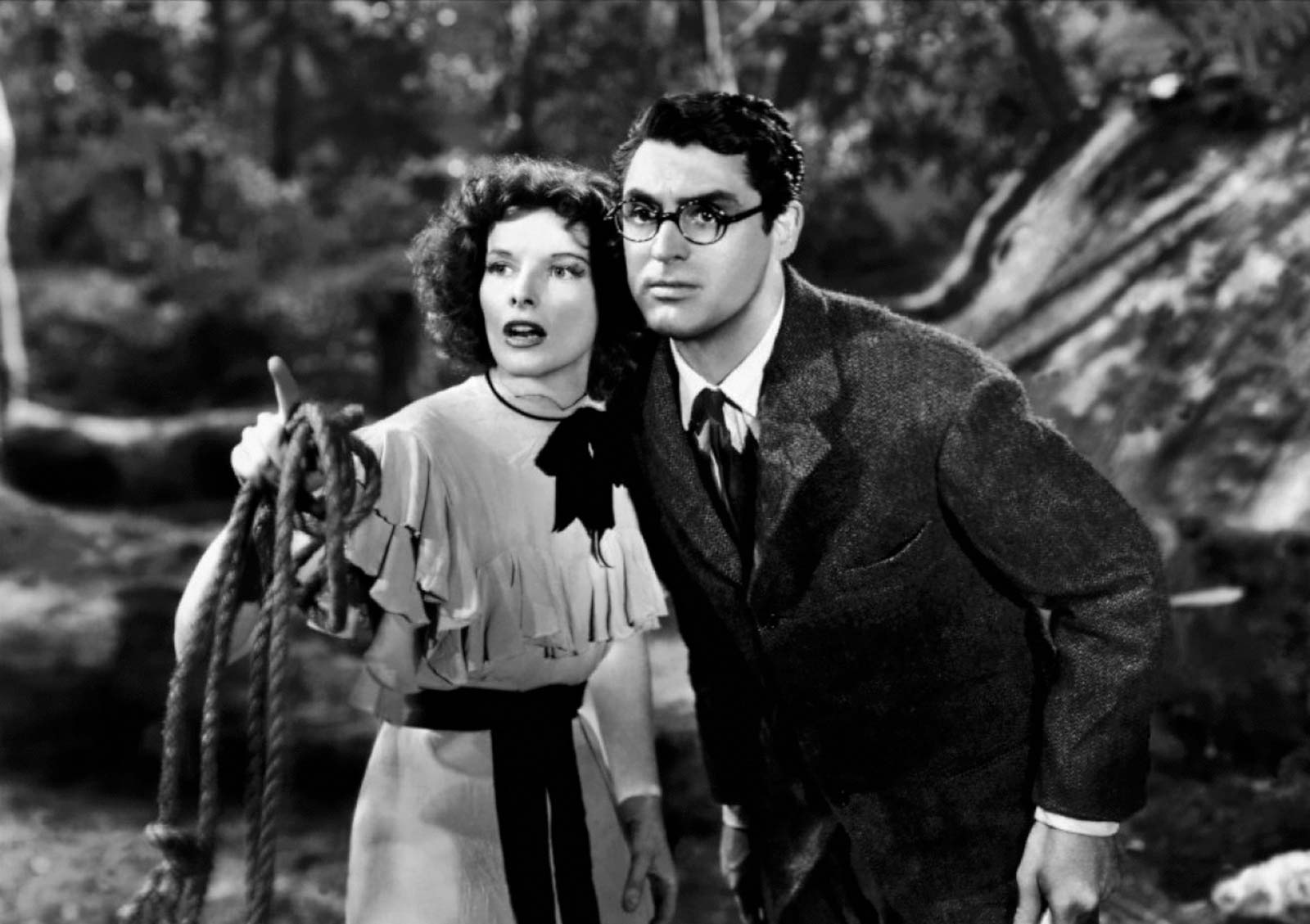 A society girl, a bumbling professor, and a music-loving leopard loose in the Connecticut countryside… One of the screwiest of the screwball comedies, Bringing Up Baby is the epitome of the genre. Released in 1938, the script grew out of a short story published in 1937 by Hagar Wilde, a relative unknown.

Director Howard Hawks brought her together with veteran Dudley Nichols to flesh out a few pages into a script that was “uniquely Hawksian,” featuring three signature aspects of the director’s oeuvre—a professional trying to complete an important task, an archetypal “Hawksian woman,” and a fast-paced script.

Hawks was known for speed, and was among the first filmmakers to deliberately write dialogue like real conversation. In his own words: “I was trained in the old two-reel comedy school where all we were after was speed. People seemed to like it, so I thought why not play all comedy fast.” He encouraged actors to overlap dialogue (incorporating throwaway lines into the script to make it work) as well as to improvise.

Cary Grant, initially considered too expensive an actor for the part, was perfectly cast as Dr. David Huxley, a serious scientist about to marry the very serious Miss Swallow, who promises a life “free of domestic entanglements” (even going so far as to cancel their honeymoon for the sake of his work). Grant’s background in vaudeville made him a natural at mixing professorial dignity and physical comedy, as well as having a facility for set pieces. One of those in particular came into play in Bringing Up Baby. Hawks would say, “‘Cary, this is a good chance to do Number Seven.’ Number Seven was trying to talk to a woman who was doing a lot of talking. And he’d have to find variations on that.” (Makes you wonder what the other numbers were!)

Playing opposite him as flighty Susan Vance (determined to stop the wedding and snag the handsome Dr. Huxley for herself), Katharine Hepburn was less practised in comedy, and took some schooling in order to be able to play the lines without trying to be funny. Hawks paired her with the actor playing Constable Slocum—Walter Catlett, a comedian from the Ziegfeld Follies who’d appeared in dozens of films—for comedic coaching. By the end, she was perfect, and the chemistry between Grant and Hepburn is palpable.

Susan is a classic Hawksian woman—dominating the awkward professor in every scene, knocking his dignity down a peg, fast-talking and sassy, and ultimately succeeding in her pursuit of her prey.

And as in the tradition of screwball comedies, she is screwy. Every character in the script is. As Hawks said decades later in conversation with Peter Bogdanovich (whose own film What’s Up Doc was heavily inspired by Bringing Up Baby), “There were no normal people in it. Everyone you met was a screwball. Since that time I have learned my lesson and I don’t intend ever again to make everybody crazy… they were all way off centre. And it was a mistake that I realized after I made it and I haven’t made it since.”

Was it a mistake? Bringing Up Baby was widely panned when first released, dismissed by New York Times reviewer Frank S. Nugent as a “terribly, terribly fatiguing” collection of Hollywood clichés. But Harold Lloyd, auteur comedian of the silent era, told Hawks that he “thought that it was the best constructed comedy he had ever seen, and that to him it was a classic.” History will agree that Lloyd was right.

Fun fact: George the dog was played by Skippy, a Hollywood veteran best known for the role of Asta in the Thin Man movies.