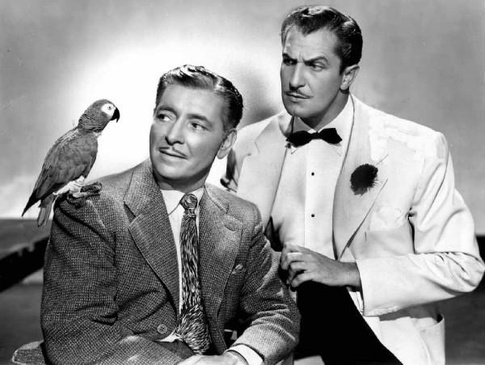 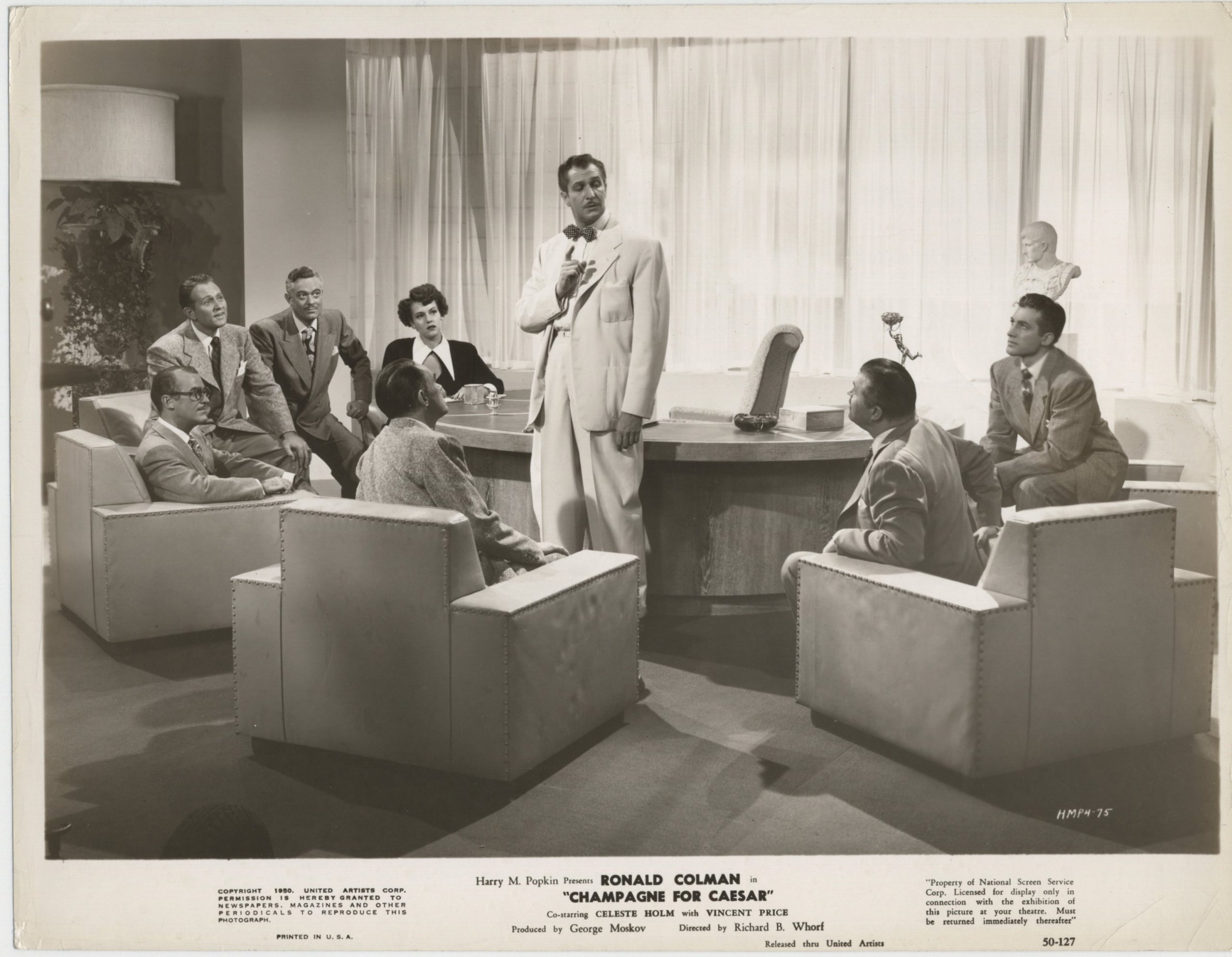 Released in 1950, Champagne for Caesar is considered a late-era ‘screwball’ comedy. Directed by Richard Whorf, he was an actor, director and briefly, a producer. Whorf must have had a touch for comedy, at least in television, having directed the whole second season of My Three Sons and most of Seasons 1 and 2 (67 episodes) of The Beverly Hillbillies; he was clearly, at least partly, responsible for that great TV series! (Who can forget Granny?)

In the opening scenes of Champagne, one can see a beautiful blonde bombshell who, at first glance, you would swear was Marilyn Monroe. Enter the lovely ‘Frosty’ played by Ellye Marshall. Born in Connecticut in 1930, she came to Hollywood to be model, but also worked as a waitress and a salesgirl. She landed a film contract with 20th Century Fox at 18 years of age and her ‘dumb blonde’ role in Champagne was her first credited movie role. Unfortunately, her career never really took off; her career was a mere four years from 1950 to 1954, and consisted of only five films and one television appearance. Pretty, isn’t she?

Champagne’s game show host, “Happy Hogan,” is played by Canadian boy, Art Linkletter, born in Moosejaw, Saskatchewan. Linkletter had plenty of experience for the role; he hosted the popular game shows People are Funny (1942-1960) and House Party (1945-1967). He and his wife were also known to have one of the longest running Hollywood marriages; married to Lois Foerster on November 25, 1935, their marriage lasted until his death, nearly 75 years later. (Jeepers! Married for 75 years?!?)

Although, Champagne was somewhat panned by critics at the time, it has some snappy humour, especially by the villainous and deeply weird Vincent Price; he kind of takes the cake, at times. The femme fatale “Flame” is artfully played by Celeste Holm (an Oscar winner for her role in 1947 Gentleman’s Agreement).  Listen closely: the voice of the inebriated parrot, Caesar, is none other than the Man of a Thousand Voices, Mel Blanc. Another note: co-producer Harry Popkin is also known for film noir, D.O.A. and the drama The Well – well worth watching; look them up!

Champagne captures the frenetic feel and over-the-top atmosphere of early live television. The game show in the movie had the catchy gimmick of having contestants dress up in costumes. A bit on the nose, Beauregard, being a smarty-pants academic, dressed as an Encyclopedia. Whether by coincidence or outright copying, thirteen years later Let’s Make a Deal used the same gimmick where contestants dressed up to grab attention and hopefully get chosen to play.

This movie has a bit of everything: revenge; tension and excitement; romance…and a PARROT. What more could you want? Oh, a little twist ending, but we won’t give that away!