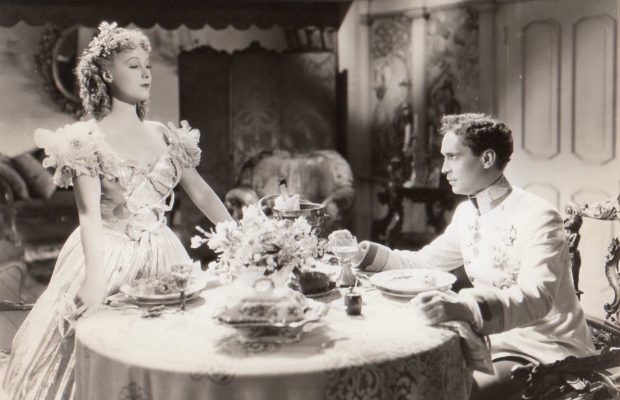 Toronto Film Society presented The King Steps Out (1936) on Monday, August 22, 1977 in a double bill with The Band Wagon as part of the Season 30 Summer Series, Programme 7. 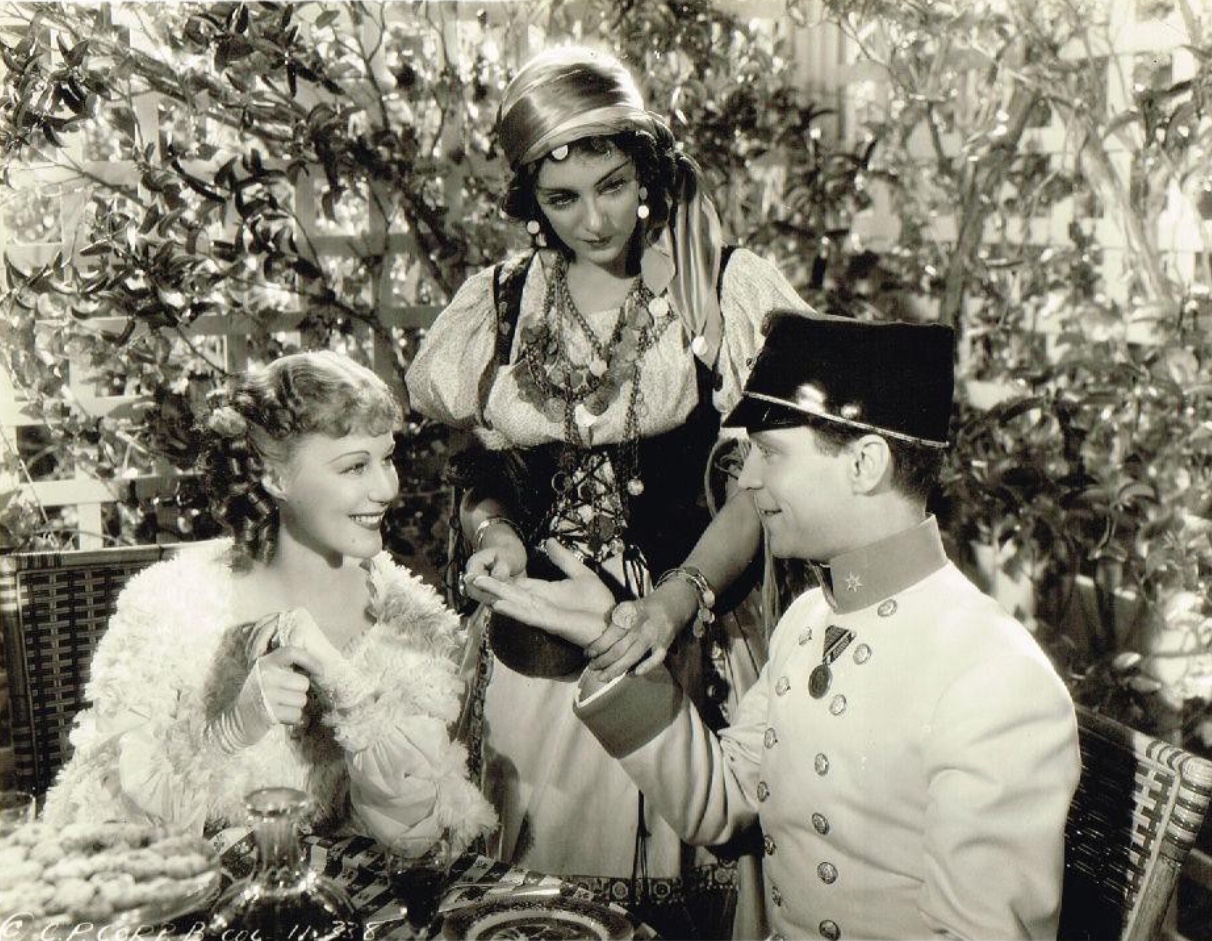 The lovely and golden-voiced Miss Grace Moore has stepped lightly from the pedestal of grand opera to the frothy stage of Viennese operetta in her new picture, The King Steps Out…While its story might charitably be described as tenuous and of no more significance than the usual Viennese romance, its humor is pleasant and its score includes a charming group of Fritz Kreisler’s more melodious compositions which have been sung—as you scarcely need be told—in a full-throated soprano that more than compensates for the picture’s lesser attributes.

No fledgling prima donna this time but a gamine princess of Bavaria. Miss Moore is spared the necessity of impressing an impresario to gain an audition, but breaks into song with or without provocation all during the picture as she rescues her sister from an unwanted marriage with the Emperor Francis Joseph of Austria. When we add that the Emperor Francis Joseph is none other than our old friend Franchot Tone, with his hair in curls and spotless white uniforms to wear, then you may not be altogether astonished to hear that Miss Moore eventually takes her sister’s place after winning the Emperor’s heart by posing as a dressmaker.

The fable is really as elementary as that, which may be explained by mentioning that the libretto was borrowed from an operetta, “Cissy,” produced in Vienna a few seasons back. Some of the Kreisler tunes were taken from its score, others from “Apple Blossom” and the balance—possibly one or two—from oddments in his repertory. “The Old Refrain” and “Learn How to Lose” (usually known as “Caprice Viennoise”) are readily identifiable, but you may have to guess at “Stars in My Eyes,” “Madly in Love” and “Soldiers’ March,” which probably had their titles changed when Dorothy Fields added the lyrics in Hollywood.

Perhaps the nicest thing about the picture is Miss Moore’s obvious anxiety to key her voice and her performance to the featherweight quality of the operetta. She overdoes it occasionally, which is to be expected, but her gayety is infectious, her liveliness is contagious and her voice is as entrancing here as it was during “One Night of Love.” She yet may become an accomplished comedienne.

Meanwhile, she and the producers may thank Walter Connolly and the sputtering Herman Bing for their heroic efforts in behalf of merriment when her songs have ended and the picture was threatening to break through its libretto by the very weight of its lightness. Mr. Connolly figures as the beer-drinking Duke of Bavaria, described by his wife as a greasespot on the pages of history, and Mr. Bing is the resounding Pretzelberger, landlord of the Golden Ox. Both are perfect Mr. Tone, Victor Jory and the others contribute pleasantly, if less importantly, to the romance.

P. S. You may remember that Miss Moore threatened to leave Hollywood because she had to spend an entire day milking a cow and singing during the making of The King Steps Out. After all that furore, the cow-milking scene does not appear; it must have been left on the cuttin’-room floor. Sic transit gloria bossy.