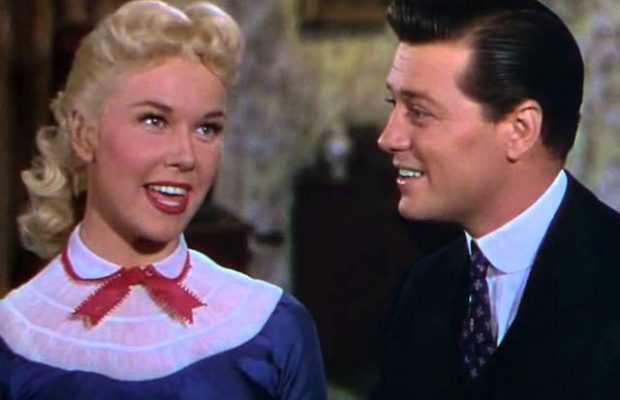 Toronto Film Society presented By the Light of the Silvery Moon (1953) on Monday, July 25, 1977 in a double bill with Cabin in the Sky as part of the Season 30 Summer Series, Programme 4.

We will be unable to show Wabash Avenue because
the distributor has junked the print due to
poor quality.  In its place we will show: 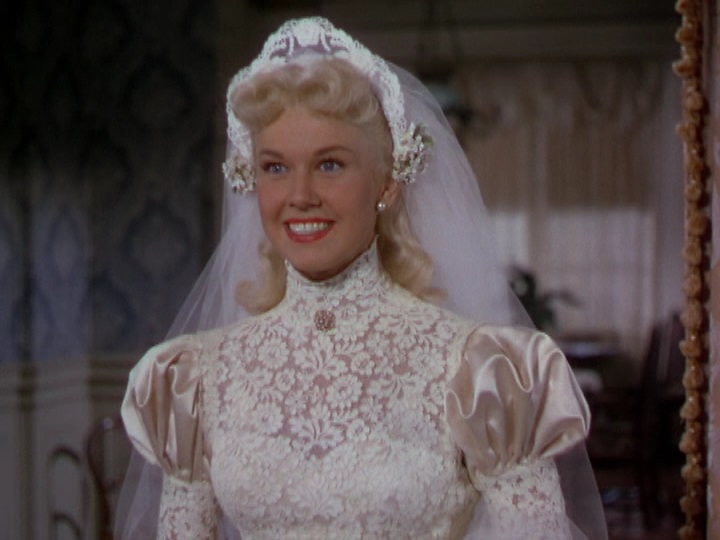 “A tale of muchado about nothing, set in a small American town.  …This sequel to On Moonlight Bay makes an entertaining musical, with some amusing situations.  The show is stolen, however, by Billy Gray and his engaging pet–a turkey named Gregory who is mercifully preserved from being eaten at Thanksgiving; the child’s lurid dream of self-aggrandisement is particularly funny, especially when compared with actual events.  Doris Day and Gordon MacRae sing a number of old popular tunes, including the 1912 American hit, ‘Be My Little Bumble Bee’, and the Vioilet Lorraine-George Robey success, ‘If You Were the Only Girl in the World’.”

“Despite the obviousness of the humor and the conventionality of the smalltown tone…the singing of several old song hits by Miss Day and Mr. MacRae is agreeably melodious.  Among the pleasant numbers are ‘Your Eyes Have Told Me So’, ‘If You Were the Only Boy in the World’, ‘I Won’t Forget You’ and ‘Ain’t We Got Fun’.  As usual, the two young people have that musical comedy sparkle and splash that is utterly artificial but consistent with the sort of work they do.”