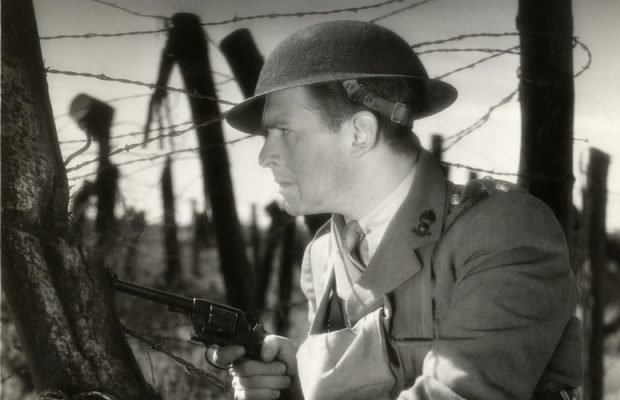 Toronto Film Society presented Chances (1931) on Sunday, November 26, 1989 in a double bill with So Ends Our Night as part of the Season 42 Sunday Afternoon Film Buffs Series “A”, Programme 3.

In Peter Bogdanovitch’s Allan Dwan – The Last Pioneer (Praeger, 1971), Dwan states about today’s film: “I liked a lot of that, particularly the World War I action–you don’t very often see horses in modern war.  But I had a difficulty with that picture.  It’s hardly noticeable, but there’s one little scene in it that was made after I’d gone.  In the story, the British retreated–there was a rout.  And there was a squawk about it because they said the British market would be shot to hell–they wouldn’t release it there if the British Army retreated.  So they had to put in a scene between a couple of officers in which they decide to pretend to retreat.  And then go on with what I’d shot–which was a retreat during which they’d turn around and resist–but the hell was knocked out of them–nobody had a victory.  They didn’t march through and grab the German flag–they were licked.  But the only way they could release it was to change the retreat to a ruse.

“Then there was the fog, which in these days was made with vapourised castor oil.  And since breathing it was like drinking castor oil, it had its usual effect over the entire cast and crew…”

In its glowing review under the heading “Love and War”, The New York Times of June 12 follows: “After some of the effusions that have recently decorated screens it is a great pleasure to behold a picture like Chances.  It is a thoroughly human story of war and love, taken from A. Hamilton Gibb’s novel.  It rings true in every episode, nothing being overdone, for which Alan (sic) Dwan, the director, deserves much credit. 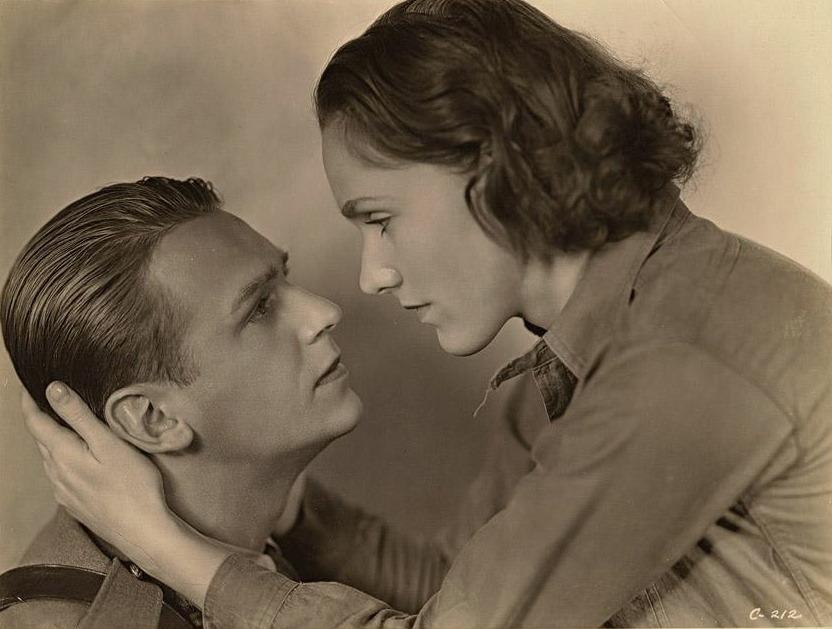 “The fighting scenes are vividly produced and the romance is etched splendidly.  Douglas Fairbanks Jr. has done some excellent portrayals for talking pictures, but he has given no performance that excels his interpretation of the role of the young artillery officer, Jack Ingleside.  His vis-à-vis is Rose Hobart, who lends charm and magnetism to the part of Molly Prescott, with whom Jack and his brother Tom are both in love.  Tom Ingleside is played by Anthony Bushell in a perfectly rational manner.

“This picture is a glowing example of the value of adhering to an author’s story.  The fact that it has not been tampered with unduly is the reason for its compelling quality, for no silly scenario tricks are permitted to interrupt the flow of events.  Mr. Dwan unfurls his tale with commendable restraint, giving through the turning of railroad coach wheels, those of an automobile or those of a motorcycle, a definite conception of the passage of time.”

Variety was also favourable with its June 16 review: “The war again but nicely presented with sufficient pace to see it safely through the big houses.  This time it’s from the field artillery angle in which branch and unit of the service are the Ingleside brothers in love with the same girl.  Story is basically one of the tried and true legends but Dwan, who directed, has sprinkled it with enough sidelights, including some eye-filling war glimpses, to make it hold.  Principally, though, the director has kept the film on the move and it isn’t particularly long.”