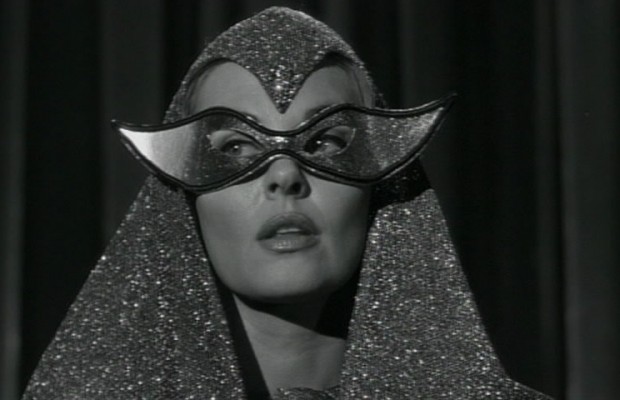 Toronto Film Society presented A Cold Wind in August (1961) on Monday, April 13, 1981 in a double bill with Smash-Up, The Story of a Woman as part of the Season 33 Monday Evening Film Buff Series, Programme 9.

Tonight’s two films have certain things in common.  Each is a hard-edged, well-constructed social melodrama, written and photographed in bold strokes of black, white and grey.  Each presents its “story of a woman” with the central figure seen as something of a victim.  And each throws a tremendous star part to an actress of star potential–a once-in-a-lifetime chance for Lola Albright, as it transpired, but, more happily, one of several fine roles for Susan Hayward.

“One is aware of the film’s practical limitations–of some lifeless sets, possibly hasty shooting and mannered editing.  And yet Alexander Singer’s first feature has many moments of perception and reality that bring it closer to Kubrick’s early work than to such current vehicles for personal directorial advancement as Leslie Stevens’ Private Property.  The love scenes, frankly written and directed, have genuinely sensual impetus.  Also, both the boy’s obtuseness and the woman’s astonishment at her belated discovery of love shed a searching light of the futility of such sexual experience.  The film benefits from two of the year’s best performances, from Scott Marlowe (ex-Actors’ Studio and several B-pictures) and, even more notably, from Lola Albright, a longtime supporting player and lately TV lead.  As the unhappy, fast-living, self-destructive “dancer”, she is superb.”