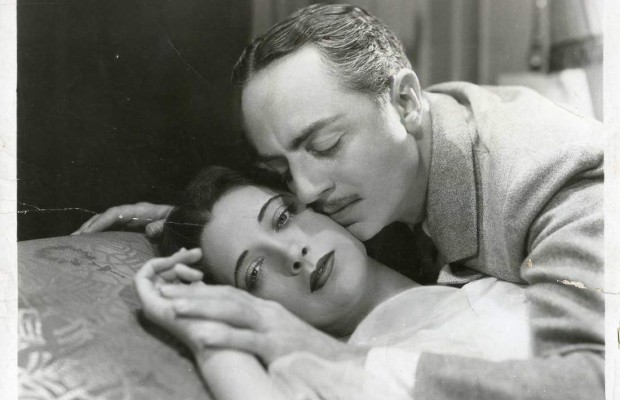 Toronto Film Society presented One Way Passage (1932) on Monday, December 8, 1975 in a double bill with Ball of Fire as part of the Season 28 Monday Evening Film Buff Series, Programme 2.

The “tearjerker” or “weeper” has long been a staple of popular movie fare.  Recent successes such as Love Story and The Other Side of the Mountain emphasize a particular sub-genre–“doomed” love.  Nowhere was this love more fated than in One Way Passage, where both the hero and heroine are condemned to death–he by execution and she by an incurable disease.  Tay Garnett, the director, avoided the potential box-office disaster of stark tragedy by treating the story baily and interjecting several comedy sequences and visual gags into the movie.  Garnett was further aided in his efforts to have the film’s style in direct counterpoint to the sombre tone of the basic plot by some scintillating dialogue written by Wilson Mizner (dialogue which no doubt helped Robert Lord win an Academy Award for Best Original story.)

Kay Francis was the queen of Warner Brothers’ emotional dramas during the early thirties.  Her haunted eyes and dark beauty graced six features in three years with William Powell, tonight’s film being the last and best of the series.  Powell needs no introduction to TFS members–having appeared in two of our past Summer Series films.  Detectives are his most memorable characterizations, but he was also noted as a journalist and con man.  Tay Garnett was an underrated professional whose films were always visually exciting.