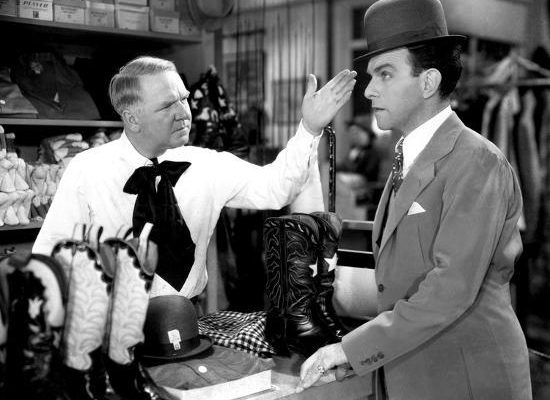 Toronto Film Society presented Six of a Kind (1934) on Sunday, January 8, 1984 in a double bill with Animal Farm as part of the Season 36 Sunday Afternoon Film Buffs Series “A”, Programme 5. 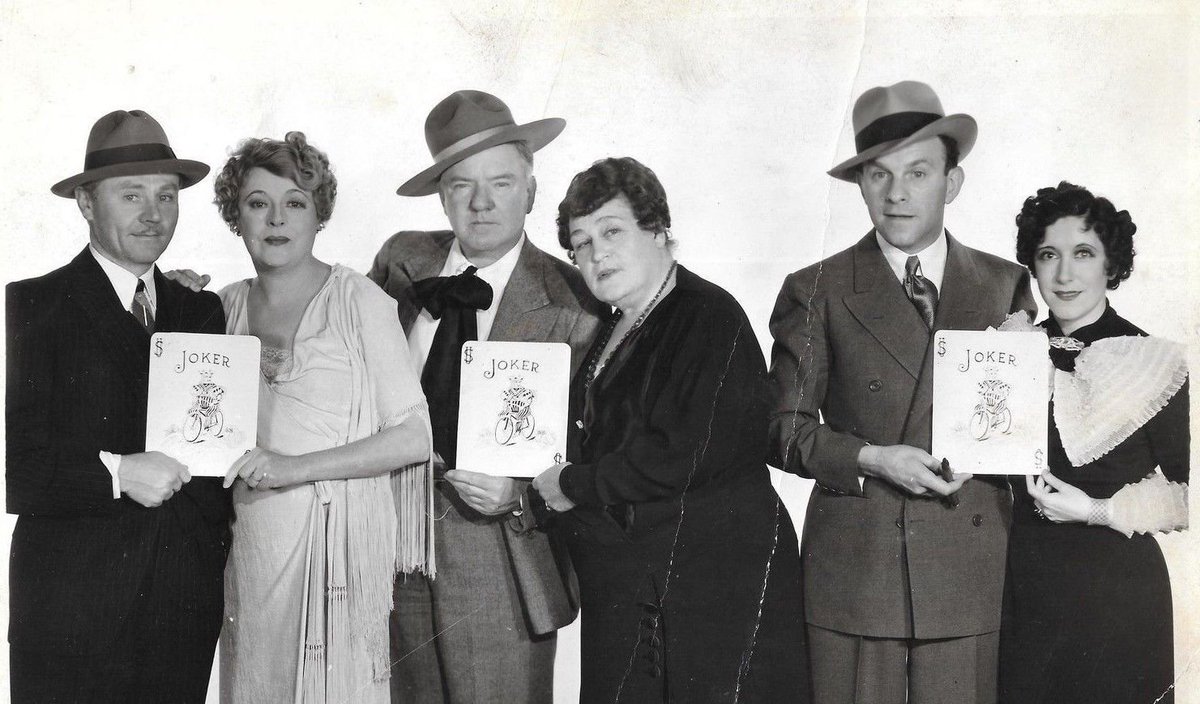 In his book, “The Films of the Thirties” Jerry Vermilye has this to say about this to say about this afternoon’s film.  “The idea of putting no fewer than six seasoned comedy actors into one movie was an inspired one for Paramount.  Charlie Ruggles and Mary Boland were already popular costarring duo at that studio, the hilarious radio team of straight-man George Burns and scatterbrained Gracie Allen were also giving films a try.  Alison Skipworth was a formidable character actress for both comedy and drama, and W.C. Fields, with his nasal, descending-scale line readings, was a unique comedy attraction with a large, specialized following.  Leo McCarey, their director on this occasion, had just survived one of the Marx Brothers’ more fondly remembered vehicles, Duck Soup.

“Wild gags, both visual and verbal, abound in Six of a Kind with each of the aforementioned six performing their specialties in a Walter DeLeon-Harry Ruskin script that appropriately sets the scene for uninhibited farce.

“Ruggles and Boland, as J. Pinkham Whinney and Florence Whinney, are about to depart on a cross-country second honeymoon to Hollywood, for which they make the mistake of advertising for a companion couple.  Enter Burns and Allen–along with their overbearing Great Dane, which more closely resembles a pony and growls when consigned to the car’s back seat!  With the scene already set for hilarity, scenarists DeLeon and Puskin add a dash of suspense by having bank-employee Ruggles unwittingly carry along a suitcase containing $50,000 in stolen funds, stashed there by a colleague who plans to hold them up en route and escape with his loot.  But an unexpected change in itinerary foils that plan, and the suitcase of money is further endangered by hobo-highwaymen, who scare off the Great Dane but overlook the $50,000.  Finally, the sheriff (Fields) and innkeeper (Skipworth) of an upcoming Nevada twon are tipped off about the travelers and their money suitcase, resulting in additional hilarity, an arrest, and, finally, exoneration for Whinney.”

Argus in The Literary Digest reviewed the film thusly: “Filmgoers who have the proper enthusiasm for the art of W.C. Fields should find Six of a Kind one of the cinema joys of the year.  Since this mad and wildly merry screen farce features the antics of such expert performers as Burns and Allen, Mary Boland, Alison Skipworth and Charlie Ruggles, it obviously has its decided merits for any admirer of the more amiably lunatic school of comedy…”.

“Perhaps Newsweek‘s review summed it up best: “As might be expected from such an assemblage it is madcap from beginning to end and fun for everybody.”