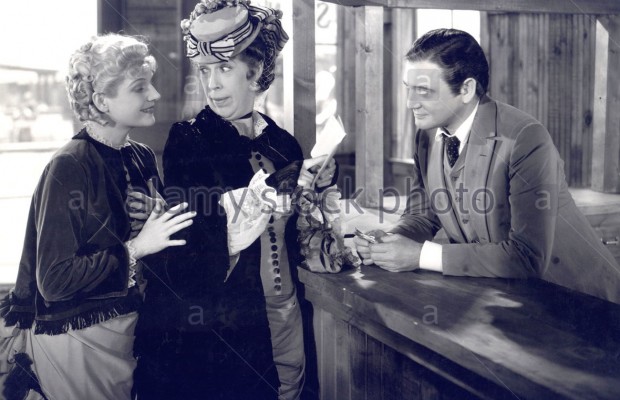 Toronto Film Society presented The Conquerors (1932) on Monday, May 8, 1978 in a double bill with The Citadel as part of the Season 30 Monday Evening Film Buff Series, Programme 10.

The Distributor of tonight’s scheduled second film, The Man From Laramie, let us down and left us with a last-minute emergency.  Instead of shipping us a 35mm, Colour & Scope print of the feature as booked and confirmed 10 months ago, they sent us a 16mm, black and white, flat print–no way we would ever show that!  In its place:

The Stolen Jools, USA, 1931, 18 mins., b/w, 16mm
Photographed and produced in co-operation with the Hollywood Film industry.  Released in April of 1931.  With more prominent stars than had ever before appeared in any one film:

…The Conquerors, an obvious attempt (but a good one) by RKO Radio to repeat the success of Cimarron, even to starring Richard Dix again.  Directed by William Wellman, it contained some unusually powerful sequences…and a grim mass lynching episode so starkly designed and lit, and so casually underplayed, that it quite outshines the most carefully and lengthily constructed lynching scenes in Wellman’s much later The Ox-Bow Incident.

Pictorial History of the Western by William K. Everson