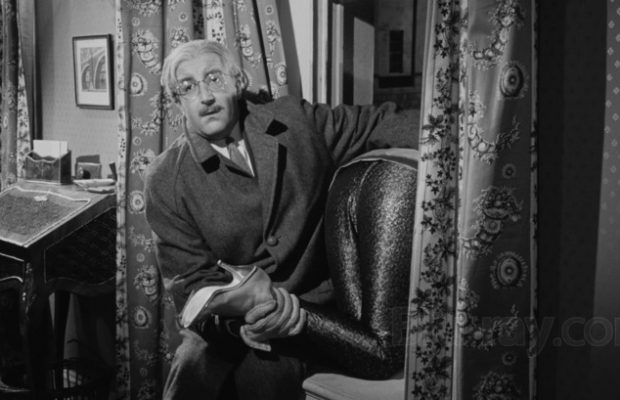 Toronto Film Society presented The Battle of the Sexes (1959) on Sunday, February 25, 2018 in a double bill with I’m All Right Jack as part of the Season 70 Sunday Afternoon Film Buff Series, Programme 5.

When Peter Sellers learned that the writer-producer Monja Danischewsky had adapted James Thurber’s satirical short story “The Catbird Seat,” transposing the action across the Atlantic to Scotland, he told Danischewsky that he wanted to play the lead role.  The Battle of the Sexes was written, cast, and filmed before I’m All Right Jack’s blockbuster release made Peter a bona-fide movie star, and as a consequence Sellers’ casting wasn’t as easy as one might assume in retrospect.  According to Danischewsky, “it was a fight at that time to get the finance people to agree that he was a big enough name for the budget.”  Peter’s financial connections helped; Danischewsky credited Sellers for being “a tower of practical help to me as a producer, for he found for me two ‘angels’ for the end money.”

Danischewsky found Peter to be a dependable actor, qualifying his praise with a few sympathetic, sensible observations: “He’s really an absolute sweetie to work with.  Terribly sensitive.  An easily hurt man—but desperately.  Once he knows you’re on his side, he’ll do anything on earth for you.”

The Battle of the Sexes was filmed on location in Edinburgh and at the Beaconsfield studios in London, and it’s a remarkable performance on Peter’s part, because he lets his audience notice, but only barely, his character’s transformation with a well-timed dart of the eyes, a touch of sarcasm, mild almost to the point of imperceptibility.  The film would play better today if it weren’t for the gleaming, distracting misogyny of the late 1950s, of which poor Constance Cummings is the shrill vehicle. 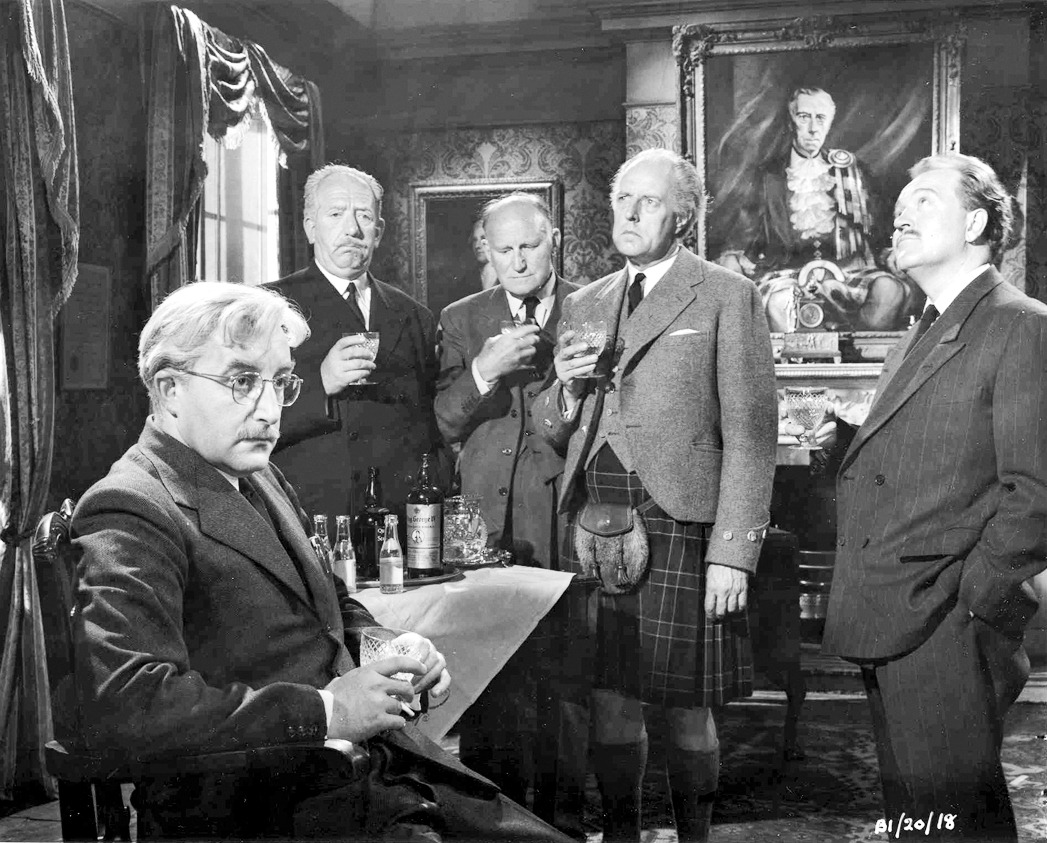 Man-eating businesswoman Angela Barrows is sent to Edinburgh by her US company to investigate export opportunities. She meets businessman Robert Macpherson en route and he persuades her to help bring his company into the twentieth century. The staff, led by Mr. Martin (Sellers), have other ideas, and a battle between the old and new business methods breaks out. Exteriors were filmed in fifteen different locations in Edinburgh, with interiors shot at the Independent Artists Studios in England. Billy Wilder was reported to have been hired to direct (but, obviously, did not).

Peter Sellers (1925-1980): Born Richard Henry Sellers to parents who were vaudeville performers in a variety act that toured the English provinces. As a teenager, he played the drums in jazz bands. After joining the Royal Air Force in World War II, he was part of a group of entertainers who performed for the troops in Ralph Reader’s “Gang Show”, where he honed his skills for comic impersonations. After the war, he began to work on various radio programmes for the BBC, culminating in the wildly successful “The Goon Show”, with Harry Secombe and Spike Milligan, which ran from 1951 to 1960 and had a huge effect on later comedy shows, such as “Monty Python’s Flying Circus”. In “The Goon Show”, Sellers performed multiple roles in a variety of comic accents and followed this up in the films he began to make in the mid-1950s, such as The Mouse That Roared, where he played three different characters. In the early-1960s, he developed what became one of his most famous roles, as the bumbling detective Inspector Jacques Clouseau in The Pink Panther (1963), and followed this up in four later films. His greatest artistic success, however, was for Stanley Kubrick; first as Clare Quilty in Lolita (1962) and then in multiple roles in Dr. Strangelove—as the title character; the US president; and a British air force officer. Though he won a Golden Globe for Best Actor in Being There, in 1979, his physical and mental health, problems with alcohol and drugs, and various marriage breakups led to increasingly erratic behaviour and conflicts with directors and co-stars. He died of a heart attack in 1980, at the age of 54, but left a legacy as “one of the most accomplished comic actors of the late 20th century” and “the greatest comic genius [Britain] has produced since Charles Chaplin”.

Constance Cummings (1910-2005): She began her career as a Broadway chorus girl who became “one of the most accomplished film and stage actors on either side of the Atlantic”. She had major stage successes in both London and New York between the 1930s and the 1970s, in such plays as “Goodbye, Mr. Chips” and “Who’s Afraid of Virginia Woolf?”, while her film career included Frank Capra’s American Madness (1932); Harold Lloyd’s Movie Crazy (also 1932); James Whales’ Remember Last Night? (1935); David Lean’s Blithe Spirit (1945); and this afternoon’s The Battle of the Sexes, considered “her last really good film role”.

Robert Morley (1908-1992): Best known for supporting roles on stage and films, his film début was with Norma Shearer in Marie Antionette (1938), following his success on Broadway as the lead in “Oscar Wilde”. He continued in film with “a variety of very British, sometimes eccentric, sometimes giddy, often pompous, but rarely dislikeable characters” in such films as Outcast of the Islands (1951); Beat the Devil (1953); Beau Brummell (1954); and Oscar Wilde (1960). He also appeared occasionally on television.

Charles Crichton (1910-1999): The director of some of the finest British comedies made at Ealing Studios in the 1940s, he began as editor of some of Alexander Korda’s 1930 productions, such as Elephant Boy and Things to Come, before directing his own first film, For Those in Peril, in 1944, followed by an episode as one of the directors of the four-part Dead of Night, in 1945. Further films for Ealing moved between dramas and comedies, including the classic The Lavender Hill Mob (1951) and The Titfield Thunderbolt (1953) and—after the closing of Ealing Studies in 1955—The Battle of the Sexes, in 1959. He was invited to Hollywood to direct The Birdman of Alcatraz in 1962, but was replaced by John Frankenheimer after disagreements with the star, Burt Lancaster. His later career was mostly in television until he was brought out of retirement by John Cleese, in 1988, to direct the offbeat comedy A Fish Called Wanda, which turned out to be his last film and also his greatest success.

Freddie Francis (1917-2007): An early interest in photography brought him minor jobs in the film industry and work as a camera operator and then director of photography, after World War II, when he shot films for Powell and Pressburger, as well as John Huston, among others, and then some of the major British films of the late-1950s and early-1960s, such as Room at the Top, The Innocents, and Saturday Night and Sunday Morning. He then turned to directing, in the 1960s, mostly of horror films, before returning to camerawork with The French Lieutenant’s Woman; Martin Scorsese’s Cape Fear; and others. He preferred to work in black and white, claiming he knew nothing about colour.