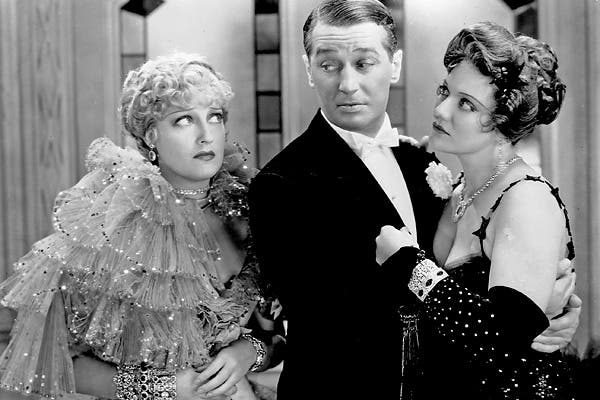 Toronto Film Society presented The Merry Widow (1934) on Sunday, January 22, 1989 in a double bill with Kiss Me Kate as part of the Season 41 Sunday Afternoon Film Buffs Series “A”, Programme 4.

When Ernst Lubitsch, the director of The Merry Widow, died in 1947 at the age of 55, Billy Wilder and William Wyler both attended the funeral.  As they walked disconsolately back to their cars afterwards, Wilder muttered glumly: “No more Lubitsch.”  “Worse than that,” Wyler said, “no more Lubitsch films.”  At times, watching the later films of Billy Wilder, one can see the influence of Lubitsch so clearly that one feels that Wyler was wrong.  But some indefinable quality is missing–the famous “Lubitsch touch” from the man who insisted that: “The camera should comment, insinuate, make an epigram or a bon mot, as well as tell a story.”

Ernst Lubitsch was born in 1892 in Berlin, the son of a clothing merchant who wanted his son to take overt the family business.  Instead, at age 16, Lubitsch became an actor, and at age 19, he joined Max Reinhardt’s company, the most celebrated in Germany.  Romantic leads did not often come Lubitsch’s way, however, since he had the misfortune of being short, plump and far from handsome.  Finding it hard to make ends meet, he began acting in one-reel comedies and by 1914, he was one of the most popular movie comics in Germany.  Soon he was writing and directing feature-length comedies and eventually he was persuaded by Pola Negri to become her director.  The vehicles he directed for her were mainly costume spectacles, described by Louis Giannetti as “loosely based on historical characters, and directed int he Reinhardt manner, with an emphasis on pictorial richness, striking lighting effects, and a rhythmical stylization of crowd scenes.”  By the early 1920’s, Lubitsch was Europe’s leading director.  This meant little, however, in a war-devastated Europe where Hollywood controlled 80% of the market.  Lubitsch soon left for America to direct Mary Pickford in Rosita (1923).  Pickford was later to describe it as “the worst picture, bar none, that I ever made.”  Lubitsch moved on to Warner Brothers, where he made the films that established his artistic reputation–The Marriage Circle (1926); Lady Windermere’s Fan (1925) which he adapted for the screen without using a word of Oscar Wilde’s original dialogue; and So This is Paris (1926), among others.  Before he finished his career, Lubitsch had worked at all of Hollywood’s major studios.  He was admired, above all, for his sly sense of irony–the complicity he established between himself and his audience at the expense of the characters. 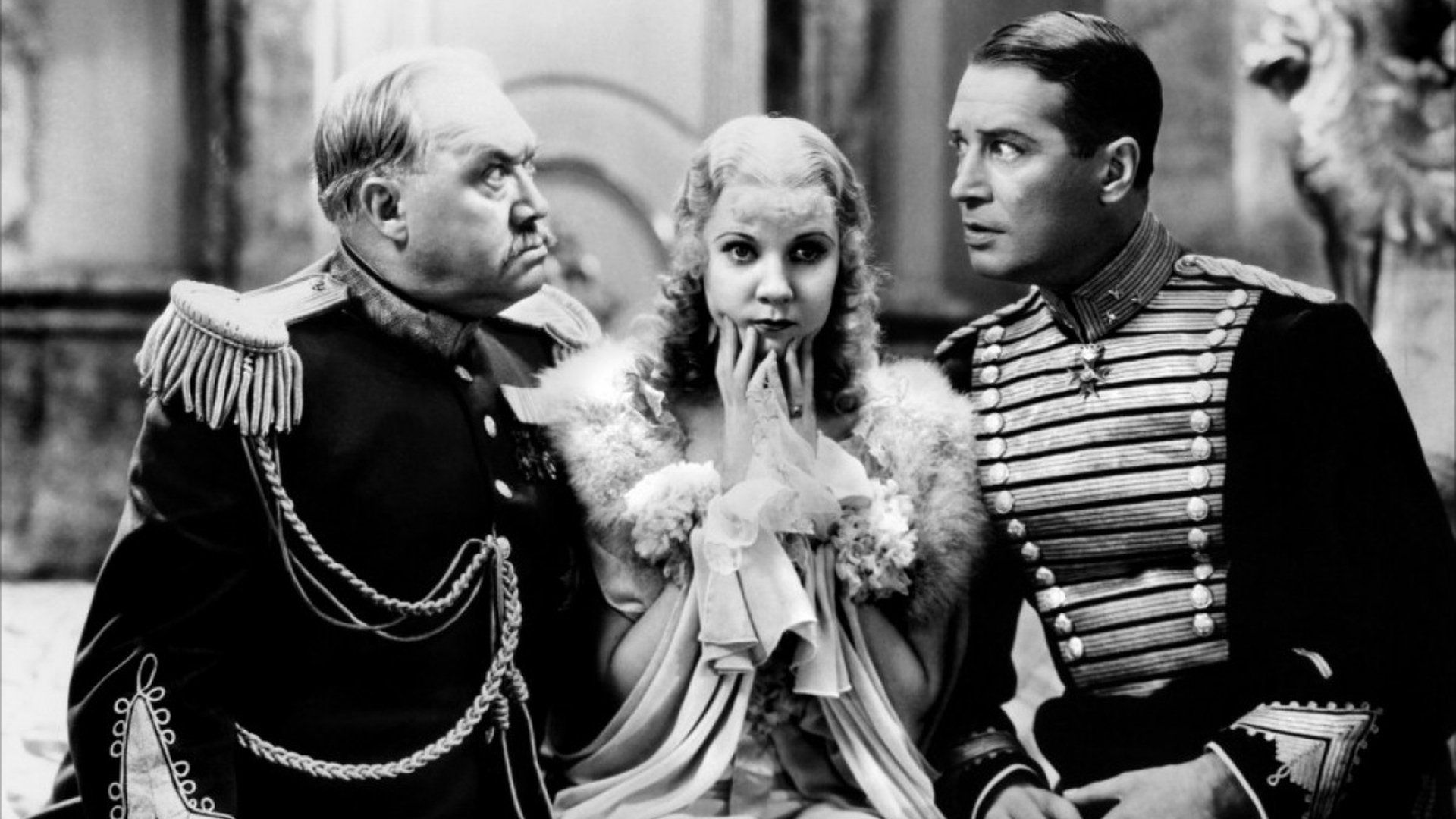 The Merry Widow begins with a classic example of “the Lubitsch touch”–Lubitsch ridicules the insignificance of the tiny principality in which the story is set by showing a map of Europe, with a hand holding a magnifying glass in a futile effort to locate the setting.  Throughout the film, he exploits the conventions of the operetta form, while simultaneously ridiculing their silliness.  The film concerns the on-again off-again romance between a dissipated captain (Chevalier) and a nervous young widow (Jeannette MacDonald).  The hero’s wild life is beginning to pall on him and he is ready to consider a wife.  In Lubitsch’s hands, the popular 1905 operetta was shaped into a very different film than Stroheim’s silent version had been nine years earlier.  In the words of Andre Sennwald, the New York Times reviewer, it was as “heady as the foam on champagne, fragile as mist and as delicately gay as a good-natured censor will permit.”  Even Jeanette MacDonald, whose overly-sentimental MGM films paired with Nelson Eddy were to gain her a reputation for stilted acting, performs here with engaging spontaneity.  As Jack Benny said later of his experience on To Be or Not to Be (1942): “The nicest thing about being in one of Lubitsch’s pictures was that you knew while you were making it that it just couldn’t be bad.”

The only serious criticism ever leveled at Lubitsch is one most makers of light comedy have had to confront–the accusation of frivolity and triviality, of failing to say something significant about the human condition.  Louis Giannetti examines such realist criticism of Lubitsch: “The comedies are clever rather than profound, such critics complained, characterized by a brilliancy of manner rather than brilliance of insight.  Though often acknowledging Lubitsch’s technical facility, these commentators lamented the director’s ‘desolate sophistication’, to use John Grierson’s rather grim phrase.  But these are largely matters of taste.  The genres Lubitsch favoured are typified by worldly and even decadent characters; a lack of idealism, sincerity, and passion; a skeptical and intellectual tone; and a certain malice of forethought.  To complain that Lubitsch fails to make a profound statement on the human condition is to miss the point, rather like complaining of the song and dance interruptions in a musical or condemning a tragedy for its lack of humour.  As a satirist and ironist, Lubitsch hardly subscribes to the trivial values of his characters; he simply refuses to make a cosmic condemnation of them.  Furthermore, beneath the glitter, the humanity of his characters is always allowed to come through, though not at the expense of the genre’s conventions.”