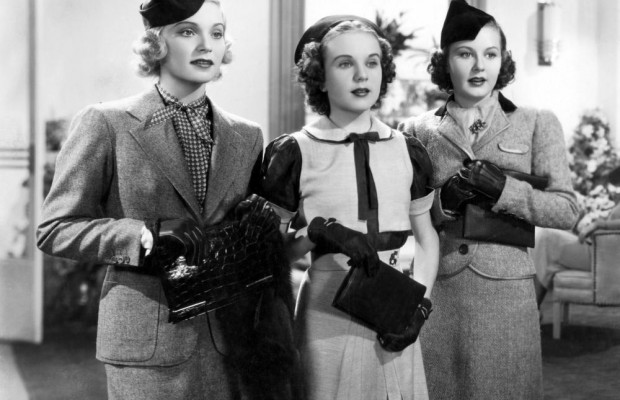 Toronto Film Society presented Three Smart Girls (1936) on Monday, November 29, 1976 in a double bill with the short Every Sunday and His Butler’s Sister as part of the Season 29 Monday Evening Film Buff Series, Programme 3.

Henry Koster (Hermann Kösterlitz) was born in Berlin on May 1, 1905. He began his career as a commercial artist, cartoonist, drama and film critic before graduating to screenwriting and finally directing.  He produced, wrote and directed short films in Germany from 1926; by 1927 he had moved over to the giant UFA studios, and soon after joined the Berlin Studios of Universal.  He wrote and directed his first feature film in 1932, Das Abenteur einer Schönen Frau, then had good success with several Hungarian and Austrian films–Peter (1934), Maria Baschkirtzeff (The Affairs of Maupassant, 1935), Katharina (1935).  Koster had already commenced his working relationship with producer Joe Pasternak during these films when the call came from Universal to come to Hollywood.  The first film for Koster&Pasternak in the USA was Three Smart Girls.  Five of the next six Koster films were Deanna Durbin vehicles: One Hundred Men and a Girl, First Love, Three Smart Girls Grow Up, Spring Parade, and It Started With Eve (1941), which was also the last film Pasternak produced for Durbin.

Except for some prestige pictures in the mid 50’s, most of Koster’s filmography consists of light comedy romances.  The poor critical and popular reception of his last movies clearly indicated that his time was past–yet all of his pre-war work, and some isolated films thereafter, showed a delightful European sensibility and taste.  Current critical evaluation completely overlooks Koster’s visual flair and tasteful, self-deprecatory humor–qualities that were at their peak during the early Durbin era and combined with her aforementioned strengths to effectively launch her entire career.

The ending of Three Smart Girls contains one of the finest bits of emotional pantomime I’ve ever seen, as poignant and memorable as Chaplin’s reaction to being recognized by the blind girl at the end of City Lights.  In Three Smart Girls, the parents of the three girls are finally reunited, and Durbin stands between them, looking at their locked hands, then at one parent, then at the other.  Her face vacillates extreme joy and sadness in several different shadings and nuances, all in the matter of five seconds.  It is a kind of sensitive acting that cannot be taught at any age, let alone to a girl of fourteen!