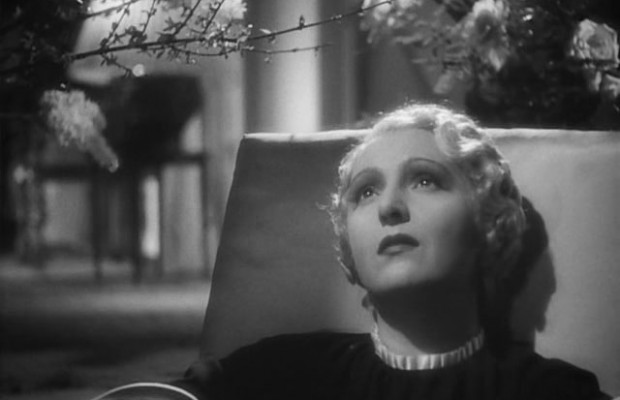 NOTE: Ordinarily, in the case of double memberships, only one copy of the programs notes will be sent out. However as UN CARNET DE BAL does not have English subtitles, it is felt that everyone should have an opportunity to read the synopsis in advance, so copies are being sent to everyone. Please remember to bring your copy with you.

Designed as one of a series of popular essays in evolutionary biology, this film has become a classic. It traces the development of intelligence and social habits from the capuchins to the gorilla, the most manlike of the apes.

Memorable is the beautiful and exciting gibbon sequence – a perfect blend of Allwyn’s music and Noble’s camera to express the effortless grace of the gibbons as they swing about the trees by their long arms.

Stanley Hawes directed films for the National Film Board of Canada in its early days. He is now Film Commissioner for the Australian Government. Stuart Legg is well known as former N.F.B. producer of the World in Action and Canada Carries On Series.

This is a thoroughly well-made film, so soundly constructed that its cinematic craftsmanship is completely unobtrusive.

The makers overcame the disadvantage of a small budget by a sensitive approach; perfect choice of camera angles; editing which adhered ruthlessly to the story, disdaining spectacular effects and by using music and commentary with the greatest economy to enhance the story.

It contains one of the most remarkable feats of successful photography ever attempted. The cameraman, while travelling along in e canoe was suddenly aware of a deer standing on the lakeshore. Standing up in the canoe and holding the camera in his hands, he photographed the startled animal, and did so while using a telephoto lens (which magnifies any unsteadiness of motion).

Unfortunately the sponsors demanded a predetermined length of film, hence the picture had to be ended somewhat abruptly rather than coming to a more satisfactory conclusion.

Today the trick films of Georges Melies (1861-1958) appeal to us by their period flavor and quaintness.

This professional magician made hundreds of films in the earliest years of the cinema and enriched the technique and scope of the new medium by introducing it to imagination and fantasy, and by forcing it to tell a story. His films were true primitives of a new art.

Created and Animated by Norman McLaren

Last season’s members requested in their evaluation forms the repetition of this experiment in abstract. It will serve as an introduction to the more recent experiments of Norman McLaren which will be shown later in the Season. The artist, painting on 55mm film interprets in color the nuances of the violin as it plays the tune, “Listen to the Mocking Bird”. This is a 16mm reduction print from the thirty five millimetre.

NOTE: Last season’s members were overwhelming in their demand for this film. It was problematic as to whether a print with English titles could be obtained. Every effort was made, but it was impossible to get one with English subtitles. As members had indicated that they wanted it even without them, we are trying the experiment.

To assist our non-French speaking members, we are giving detailed notes on the content of the film. We hope also to be able to translate sections of the dialogue over a microphone during the actual showing. This will be done, we hope, so as not to mar the enjoyment of the French language by those who understand it.

STORY: A young and childless widow, thinking back in loneliness over the past finds among her late husband’s effects an old dance programme which revives memories of her first ball when she was sixteen. Eight names are written in the programme. She sees again the ball — a glamorous romantic ball of a girlish dream — and recalls the short conversations she had with each of her cavaliers — their words of love, their ambitions. She decides to seek out her suitors to try to recapture long-faded glamours.

The first (Robert Lynen) had long ago committed suicide, but his mother (Francoise Posey), whose mind was unhinged by the shock, still believes that every evening he will return home as usual.

The second (Louis Jouvet), once a lawyer, is now the proprietor of a doubtful night club where he metes out legal advice to a band of gangsters.

The third (Harry Baur), who had once the promise of being a brilliant composer, has taken Holy Orders and, in the peace of a small monastery, teaches singing to choir boys.

The fourth (Pierre Blunchar), who at the time of the ball had been an ambitious medical student, is now an epileptic carrying on a dubious practice in the lowest quarters of Marseilles.

The fifth (Raimu) has become a small town mayor and is about to marry his cook.

The sixth (Fernandel), a ladies’ hairdresser, still lives in the town of Christine’s girlhood. She revisits with him the old dance hall and discovers it to be small, prosaic, unromantic and ordinary. Disillusioned, she returns home and finds peace in adopting the orphaned son of the last man named on her list – her only real love.

Duvivier’s films, with the exception of LA FIN DU JOUR (1939), tend to be something of a tour de force. This was true of CARNET DE BAL and probably helped to account for its great popularity in Britain. Its importance lay in the excellent performances given by a number of eminent stars.

The film is rather long and uneven and Pierre Richard Willm’s performance is the least satisfying of all. The semi-Proustian theme has been handled with considerable intelligence and imagination. The opposition between the soft, romaticized memory and the matter-of-fact reality is subtly created, and the use of fantastic superimpositions to suggest recollections and so forth is for once really in place.

The sequence dealing with the epileptic doctor is most inventive: shot aslant with macabre effect, it culminates in a dissolve from the man, struggling in a paroxysm as he shoots his wife, to a picture of the crashing, clanking cranes which work interminably outside the tenement consulting room.

ANNOUNCEMENTS:  In connection with the successful membership campaign the Executive would like to mention their indebtedness to Mr. Bruce Adams, Teaching Aids Centre; Mrs. Yvonne Taylor and Miss Arna Menn, the International and Town Cinemas; Mr. Watt of the Hollywood Theatre and Mr. R. Nowe of the Odeon Hyland Theatre.

EVALUATION FORMS: Members are requested to indicate their reaction to each feature on the evaluation forms supplied at the auditorium. The information will be edited and forwarded to Ottawa so that other branches as well as ours will benefit and be assisted in their choice of programmes.

The results of the over-all questionnaire, taken at the final performance last year, will be summarized and distributed as soon as possible. Some information obtained from it has already been used in selecting this season’s films.

FILMS TO WATCH FOR IN THE COMMIERCIAL THEATRES

THE SET UP – New in the neighbourhood theatres, this film should be seen by those who have missed it. It is a perfect example of fine craftsmanship; an outstanding directorial job, showing an early German influence.

DREAMS THAT MONEY CAN BUY – A most remarkable experimental film of today. This color film by the famous artist, Hens Richter, may soon be showing in Toronto.