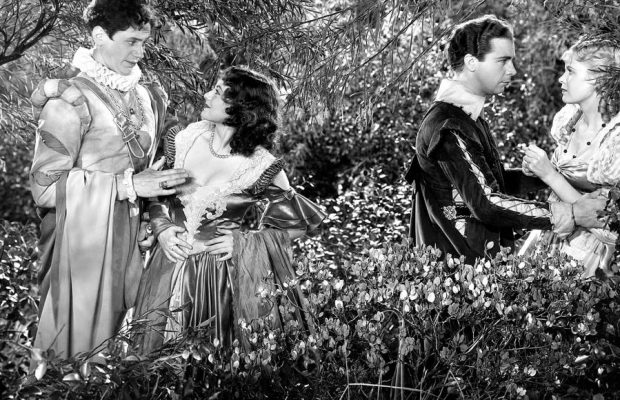 “The Dream” is one of Shakespeare’s earliest plays.  It is believed to have been written and performed around about 1594, when the author would have been thirty.  The first night was probably not in a theatre but at the wedding celebration of some great man.  Shakespeare’s comedy would thus have served as a “revel” even as Duke Theseus and his bride have revels within the play, and the fairies’ final blessings would have been on the patron’s household as well as on Theseus’.  This is a slightly unusual drama in one or two ways.  Though the relatively simple language is common to other early plays in the canon¹ yet there is more rhymed verse than anywhere else.  Also the concentration of scene is uncommon.  Elizabethan plays tend to roam over the world with abandon–and Puck can “put a girdle round about the earth in forty minutes”–but we stay in “Athens and a wood near it”.

Within the action, no fewer than four plots are brilliantly merged.  Duke Theseus plans to marry the Amazonian Queen, Hippolyta.  In honour of the marriage a set of rustics puts on a play (giving Shakespeare a chance to mock his own craft in the midst of its most assured practice).  Four lovers fall in love and out of love with each other, beset by magic powers.  And there is unrest and malcontent among the supernatural ones; the fairies.  If, by the way, the word “fairy” has taken on a corrupt connotation, that must be set aside.  Our minds need to wing back to sixteenth-century England to enjoy “The Dream” as it was meant to be enjoyed.  While the Elizabethans had many fears and troubles, which they complained of or made fun of in their plays, they were little beset with guilt feelings of a modern kind! 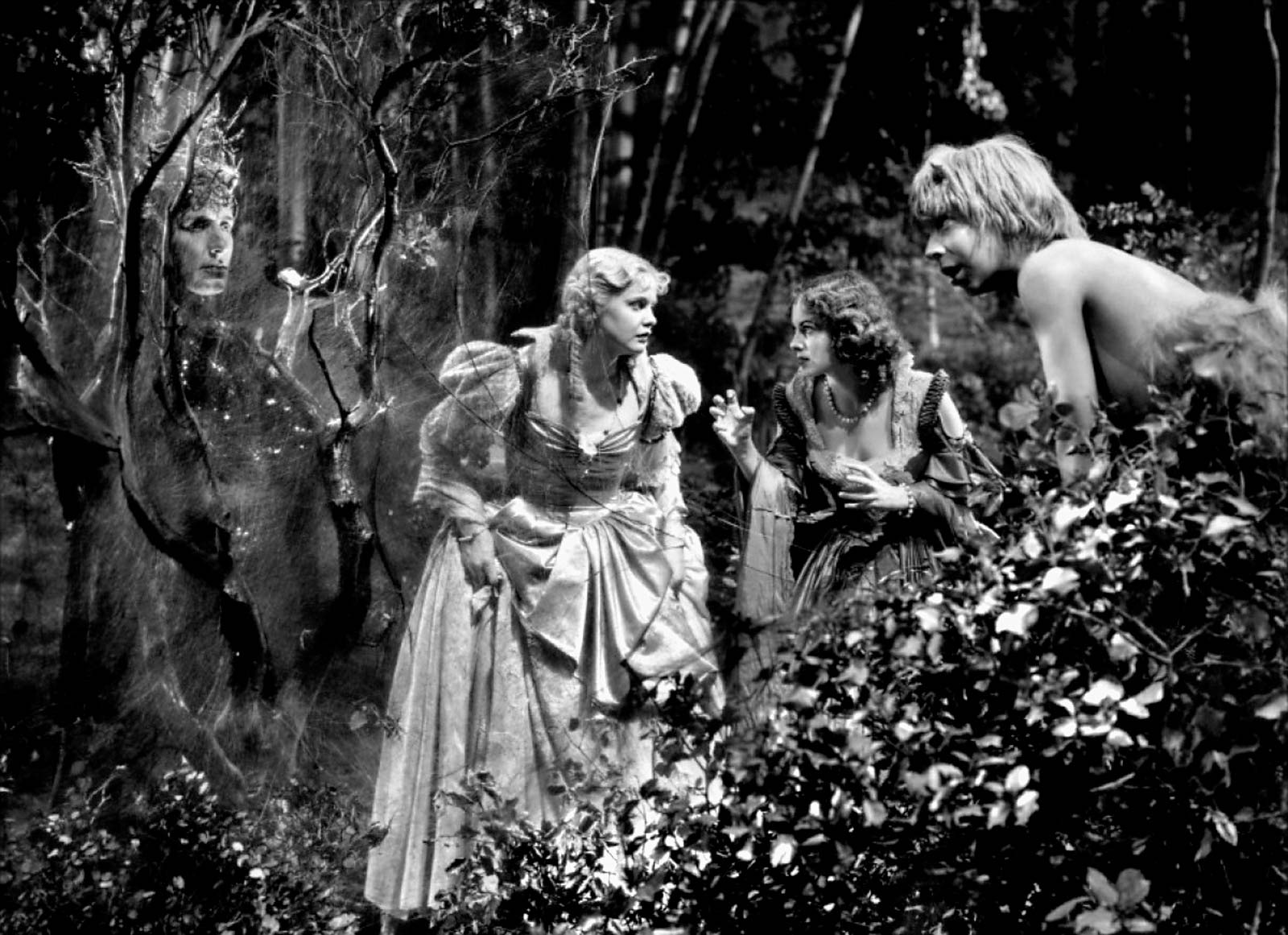 Perhaps the lines best summing up this comedy are those well known thoughts given to Lysander in the very first scene:-

“Ay me! for aught that ever I could read,
Could ever hear by tale or history,
The course of true love never did run smooth;
But, either it was different in blood,
Or else misgraffed in respect of years,
Or else it stood upon the choice of friends,
Or, if there were a sympathy in choice,
War, death or sickness did lay siege to it,
Making it momentary as a sound,
Swift as a shadow, short as any dream.”

These are sad lines, are they not?, on which to build a comedy.  But some sadness and turmoil is always present in Shakespeare: even in his most frisky comedy, which this is.  Lysander’s lines, prompted by the cruelty of his love’s father, do pre-echo all the mistakes and confusions which keep the play going.  These devices are necessary to create the entertainment and it is ordained that everything will turn to remarkably good effect at the close.  However, Shakespeare realized that mischief seldom rests.  Much of the fairy magic is mere trickery but the unreliable magic of human emotions makes these mortals vulnerable for it.  And Oberon, aided by Puck the sprite, plans to subdue Titania’s will on almost human lines, at that.²

This film Midsummer Night’s Dream is quite winning and in places highly entertaining.  One just hast to accept right off that the overall style is going to be heavier than it really ought.  Max Reinhardt came from a theatre tradition of considerable “authenticity”, quite a long way from Shakespeare’s free fancy, but he had enough intelligence to appreciate the play’s basic style.  His gossamer is made of hemp, but it sparkles.

For me the hit acting performance is James Cagney as Bully Bottom.  (Victor Jory as Oberon is rather good too but some of the others do best when their mouths are closed.)  Bottom, to be sure, is normally played older, slower and more country than Cagney’s presentation.  It is, though, recognized that Shakespeare’s characters have enough width to allow infinite grading in performance.  Cagney’s casting was much more than a gimmick (it may have been that too, in somebody’s mind, I suppose).  He brings tremendous good humour to the part and works to nice effect.

The movie, however, emphasizes visuals before acting.  Some of its woodland scenes are staggering (why not use the word?).  The appearance of Oberon, from misty regions and with a slew of fay attendants, is a sure stroke, while some vivid things are managed with Puck changing to a wolf, et al.  All this is backed by Mendelssohn’s renowned music, whose beauty and aptness we tend to take for granted, but we shouldn’t.

When the film was first released, one critic wrote to the effect that it had to be a big success at the box office because if it wasn’t everybody at Warners would get fired.  It was not a big but everybody was not fired either.  (Cagney, Olivia de Havilland and Dick Powell remained perennial Warner stars and William Dieterle made for the studio his famous string of biographic pictures.)  I am glad it was made and has survived for the fun of it.  Perhaps some day somebody will try the play again and in the sort of colour we can get now.  Meanwhile, it would be pleasant to see in circulation the charming and inventive Czech puppet version made a few years back by Jiri Trnka.  That had marvellous miniature decor and highly animate puppet actors.

It might be worth pausing here to ask what was the attitude to Shakespeare of Hollywood in the showmanlike ‘thirties?  Warners’ Dream met the artistic challenge head on and came up with a spectacle and, for the most part, a true “moving picture”.  There was some loss to the text, both in cuts and inadequate speaking, but on the whole the confidence of Hollywood on its own terms paid off.  By contrast, As You Like It (filmed in England but financed by Twentieth Century-Fox) and MGM’s Romeo and Juliet went to work with some awe in their manner and emerged a little limp in the process.

One respects the intentions in the two group efforts but at this stage there was simply not the passion later to be infused by two individual giants.  Both As You Like It and Romeo and Juliet have fairly good design and fairly bad shooting and both are best remembered for their acting, especially (in Romeo) for John Barrymore’s Mercutio and the Tybalt of that human icicle, Basil Rathbone.  The balcony scene photographed in alternating close-ups is a particularly dreary touch to recall, while we’re on the subject.