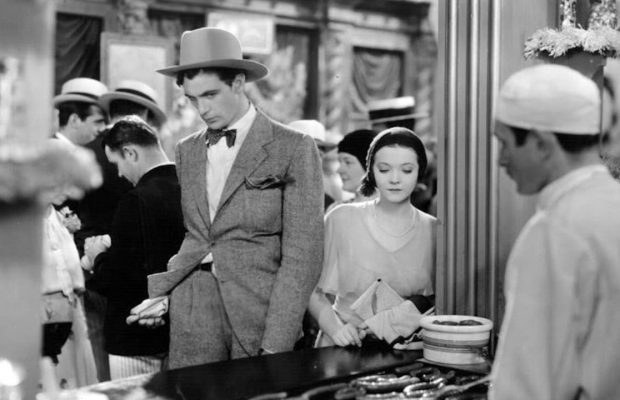 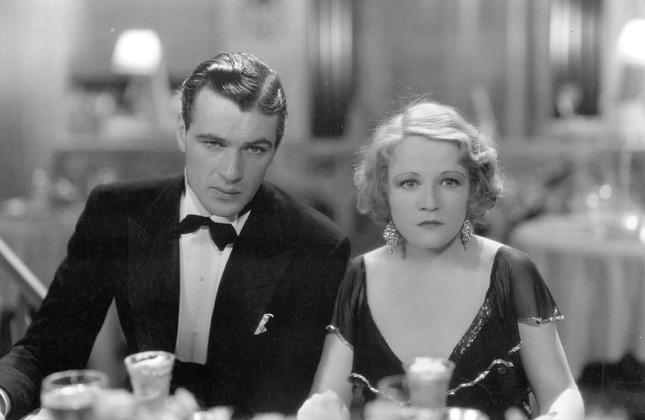 Today’s two films deal with the problem of girls born into poverty.  But the heroines’ solutions to their problems are their very different indeed.  In answer to the question, “What is a poor girl to do?”, the character played by Sylvia Sidney in City Streets would answer, “Become a gangster’s moll.”  Greer Garson, as Mrs. Parkington, would answer, “Marry a potential business tycoon.”

Sylvia Sidney was not the original choice for the lead in City Streets.  The film had been prepared at Paramount for Clara Bow, whose career had been in difficulty since talkies had come in–perhaps because of some unpleasantly publicized fast living.  It was hoped that a vehicle similar to her successful silent film Ladies of the Mob might stop her decline.  To direct Bow, the Broadway director Rouben Mamoulian was imported from New York.  Mamoulian had already directed one film, Applause, for Paramount at their New York Astoria Studios.  Applause had met with critical success in spite of its failure at the box office, and the studio was ready to let Mamoulian loose on the first (and only) original screenplay written by Dashiell Hammett.  Clara Bow, unfortunately, collapsed during Mamoulian’s demanding rehearsals, and when Nancy Carroll turned down the role, it looked as though the film would be shelved.

Happily for all of us, Mamoulian, who knew Sylvia Sidney’s work from the New York stage, persuaded Adolph Zukor to try her out in her first starring role.  Sidney had been cooling her heels waiting until the Paramount front office could make up its mind on what to do with their plans to star her in Dreiser’s An American Tragedy, which had been interrupted on finding Eisenstein an unhappy choice as its director.  Even though Sidney was reluctant to work in just any film, she was glad to work with Mamoulian, whom she admired, and with Gary Cooper, whom she “adored.”

City Street is considered by most film historians to be a very sophisticated film.  It shows off the same virtuosity of camera movement that Mamoulian had displayed in Applause and would continue to exploit in his next film, Dr. Jekyll and Mr. Hyde.  Mamoulian was proud to have made an effective gangster film with so little visible violence.  “You know,” he said, “there are 10 killings in this film, and you don’t actually see one of them.”  Mamoulian’s urge to experiment with sound films resulted in the inclusion in City Streets of an interior monologue spoken by the voice-over of Sylvia Sidney in prison.  He had to fight to keep the segment from being cut out by Paramount executives, who found it too arty for the gangster genre.

The finished film received excellent reviews, although suave Paul Lukas was generally deemed to be miscast as the head of a mob.  One critic suggested that his role should have been played by William Boyd, who was elsewhere in the cast.

After City Streets, Sylvia Sidney would become one of the leading serious actresses in Hollywood in the 1930s, working for such first-rate directors as von Sternberg (An American Tragedy), King Vidor (Street Scene), Henry Hathaway (The Trail of the Lonesome Pine), Fritz Lang (Fury), Hitchcock (Sabotage, in England), and William Wyler (Dead End).  She won special recognition a decade ago as Joanne Woodward’s mother in Summer Wishes, Winter Dreams, and is still active as an actress.

City Streets was already Gary Cooper’s twenty-sixth film.  It came at a point in his career when he was making an average of four major pictures a year.  Two films earlier, he had made Morocco; six films later, he would make A Farewell to Arms.  In 1936, with Mr. Deed Goes to Town, he would receive the first of his Oscar nominations.  And the rest is film history.