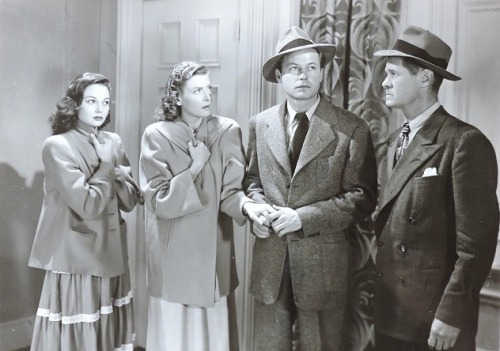 Toronto Film Society presented Fear in the Night (1947) on Sunday, January 26, 2020 in a double bill with Kid Monk Baroni as part of the Season 72 Sunday Afternoon Special Screening #4.

Before DeForest Kelley got the courage to take off in the Starship Enterprise, he played an exceptionally fragile and weak-willed man named Vince Grayson in Fear in the Night. His fragility is all the more potent contrasted against the strong-willed, protective force that is his brother-in-law, Detective Cliff Herlihy, played by Paul Kelly. This fragile nature is set into overdrive by a dream in which Vince kills a man in an octagonal room of mirrors. Vince’s nervousness and occasional fainting is sometimes over the top, but the terror that lies at the heart of it is essentially real. Many of us have dreams in which we commit acts that we would never commit while awake. And while awake, we often give in to pressures to do things that we really don’t want to do. Whether we make relatively benign but pointless purchases or succumb to more self-destructive and addictive habits, the dread of our own will’s malleability is always there. When we are faced with the possibility that this weakness could be turned to darker purposes in the night, this dread becomes fear. And it is this fear that the film asks us to face.

Viewers who focus too closely on the plot may be entertained in a fleeting way, but the action passes quite quickly and the mystery is solved without too much trouble. The real drama is in watching a simple bank teller, consumed by a violent dream, face himself. His response to this insecurity is an essentially masculine one. His hyper-masculine brother-in-law insists that he tell nothing of this to his pregnant sister. And he’d rather break things off with his beloved sweetheart than let her help. Ultimately, he must face the room of mirrors alone. The question that the room poses is a simple one: even if you cannot recognize yourself in your reflection, will you refuse to look away? The film is based on a story by Cornell Woolrich, who was one of the most adapted mystery writers of the ’40s and ’50s. For instance, it was one of Woolrich’s stories that inspired Hitchcock’s Rear Window (1954). His writing often featured characters unable to distinguish between the real and imagined, and racked by guilt from what they may have done. DeForest Kelley does an admirable job of conveying this tortured existence. 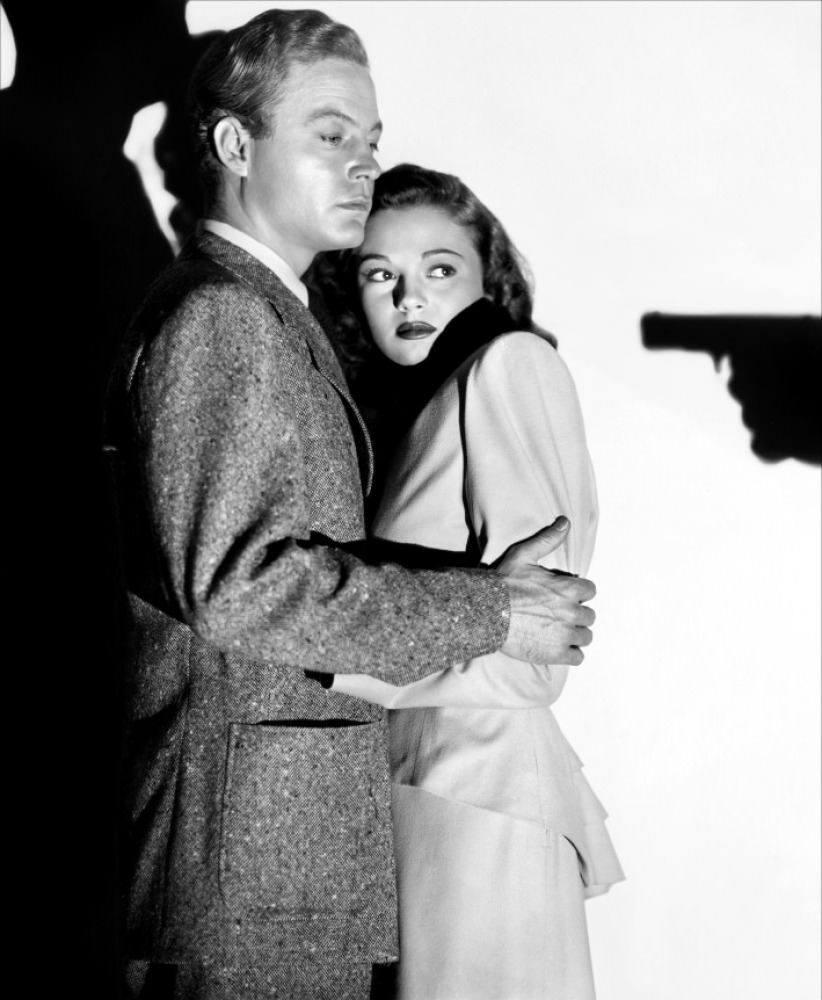 When the film was released, film critic for The New York Times Bosley Crowther panned the film, writing, “Fear in the Night, a minor shocker which opened at the Rialto yesterday, is just about as ridiculous as any that comes in this line. It tells of a moody young fellow who has a terrible nightmare. He dreams that he is murdering a man and disposing of the corpse. When he awakes he can’t get over the obsession that the thing actually occurred…. It is not only silly but rather dull. DeForest Kelley is dopey as the fall guy and Paul Kelly is brisk as his detective friend.” More recently, film critic Dennis Schwartz was more positive and liked the film, writing, “An excellent low-budget psychological thriller…. Cinematographer Greenhalgh’s shadowy black and white photography gives it a film noir look…. The taut pulp story, dreamy atmospheric settings, and brooding mood throughout all serve the film well. The crisp acting [is] just right. DeForest Kelley, in his debut performance, does a fine job as the innocent victim.” Reviewers now tend to focus on the fact that this film was part of a genre of films imitating Alfred Hitchcock. The evidence of this is most prominent in the visual effects of the opening scene.

Author and educator Thomas C. Renzi, in his book “Cornell Woolrich from Pulp Noir to Film Noir”, on the film adaptations of writer Woolrich, argues that the film operates at two levels: Vince Grayson’s guilt for a murder and for entertaining homosexual fantasies. This reading of Fear in the Night appears to stem from the fact that the film is largely a faithful adaptation of Woolrich’s book “Nightmare”, and this appears to be in the book. Film commentator Jake Hinkson refers to Grayson as “a self-hating gay man….” On this reading, Grayson’s dreams are the effect of unconscious suppression in a personality strictly molded by religious and social properties. It is hard to spot the religious dimension in the film, though, as the filmmaker seems to have consciously replaced explicit mentions of God with more ambiguous mentions of an all-powerful force. We will let you be the judge of how plausible this reading is, but pay close attention to how the camera captures Detective Cliff Herlihy in scenes in which he and Vince are alone together in his bedroom.

Fear in the Night’s director/writer, Maxwell Shane, did another film adaptation of this story in 1956 called Nightmare, starring no less than Kevin McCarthy and Edward G. Robinson. He even used the same art director, Frank Paul Sylos.

The failure of the original copyright holder to renew Fear in the Night’s copyright resulted in its falling into public domain, meaning that virtually anyone could duplicate and sell a VHS or DVD copy of the film. Therefore, many of the versions of this film available on the market are either severely—and usually badly—edited and/or of extremely poor quality, having been duplicated from at least second- or third-generation copies of the film.

Things to Watch Out For: