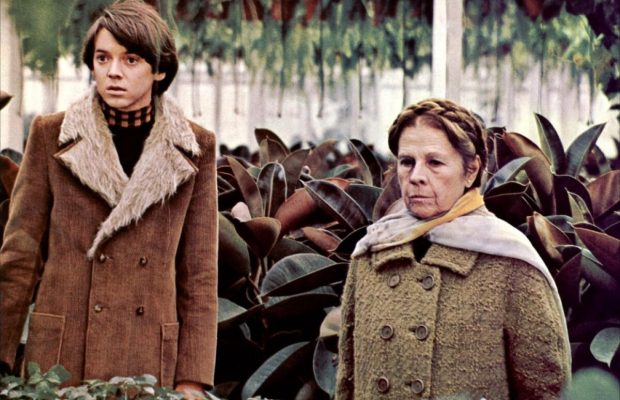 Toronto Film Society presented Harold and Maude (1971) on Monday, August 9, 1982 in a double bill with Love and Pain and the Whole Damn Thing as part of the Season 35 Summer Series, Programme 5. 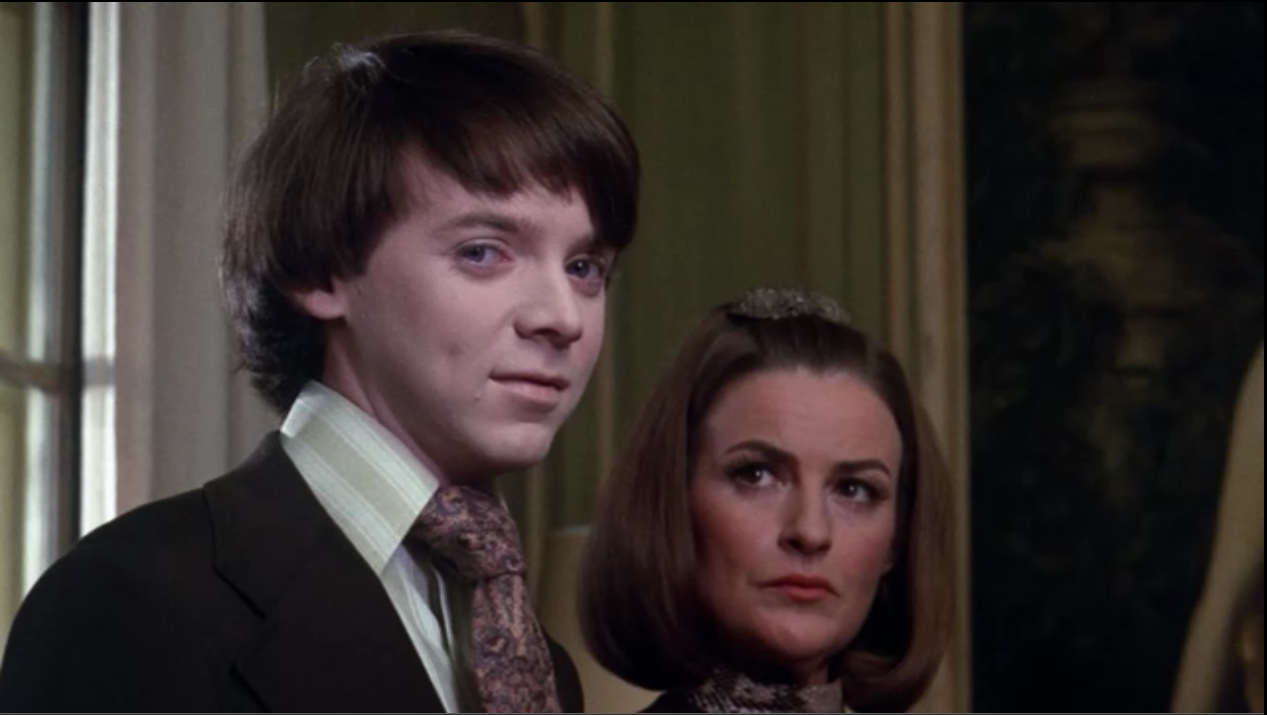 “What are the messages of Harold and Maude?  Rid yourself of all authorities, give up the ideas of power and status and private ownership, get in touch with your body; create, rejoice in the moment, forget your obsession with death.  These points n Harold and Maude are explicitly stated and explicitly visualized. . . . Throughout the film, Maude replaces respect for laws with allegiance to her desires and her conscience.  She dismisses conventional behavior and “aims above morality” toward a personal, independent ethic of openness, spontaneity, and generosity.  Ultimately, Maude is even able to aim above fate, and manipulate the grim ferryman to suit her own wishes.”

“Harold and Maude is a film about death and resurrection, where death and life continuously overlap.  (Maude considers death part of the life cycle.)  The friendship of Harold and Maude begins in cemeteries and at funerals.  they make love in Maude’s antique-filled home, once a railroad car.  Harold gets his hearse from a dead-car lot; when his mother gives him a brand-new car, he converts it into a hearse. . . . Maude, of course, came out of a death camp to become, as Teena Webb writes, ‘a Life Goddess:  externally young, wise, self-sufficient, and attuned to nature.’  But because of her tragic past part of Maude is still dead.  When the last of life’s energies seep out of Maude, they are transferred to Harold.  Harold, once through mourning Maude’s passing, walks over a hill playing the banjo Maude gave him, with Cat Stevens’s great cheery song on the soundtrack: the manchild, determined never to conform, has blossomed into a man–wanting very much to live as Maude taught him.”

“Ashby’s second feature, the cult favourite Harold and Maude, is far more uneven.  Although the idea of a March-December romance is intriguing, much of the film’s dialogue is so dated that one blushes (as much at one’s old self as at the film) at the skein of Sixties cliches.”

“Why do you think Harold and Maude has become such a cult classic?

“I think it’s probably due to a number of things, the first being the kind of black humour that’s in the film.  I also think that a lot of it has to do with what Ruth Gordon says about life and love in the film. . . . And the spirit of the film makes people laugh.  They have a good time with it.”