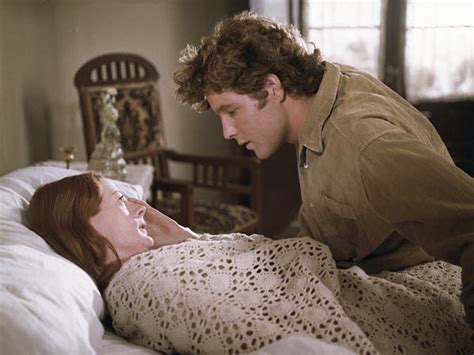 Toronto Film Society presented Love and Pain and the Whole Damn Thing (1972) on Monday, August 9, 1982 in a double bill with Harold and Maude as part of the Season 35 Summer Series, Programme 5. 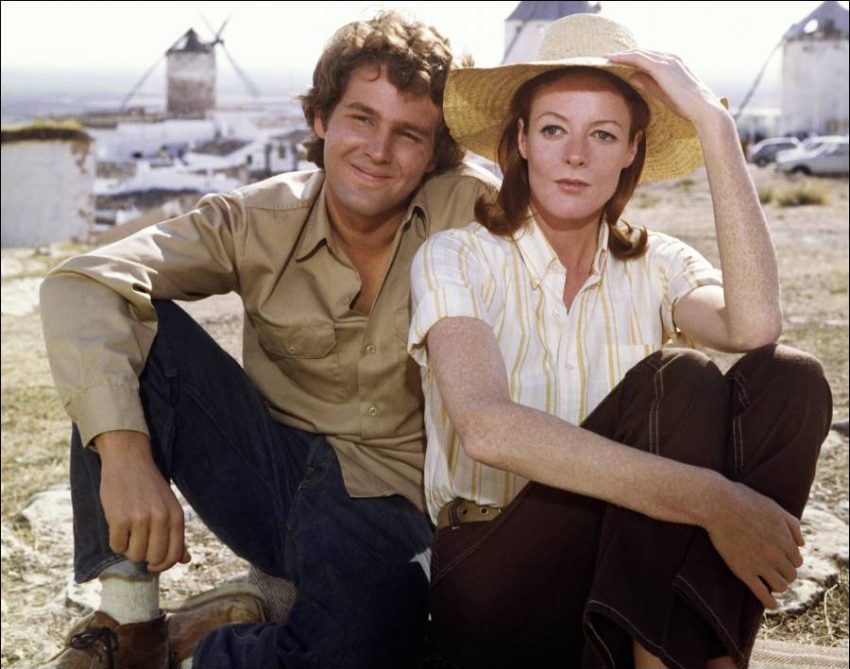 “The latest Pakula film ‘deals with two unlikely lovers–a young American boy has withdrawn from life to a great extent; he refuses to compete.  He has an enormously dumb and academic father.  The boy has become seemingly very passive, disorganised, un-put-together.  At the rather tender age of eighteen, he just seems to have given up.  And on a bus tour of Spain he meets a rather rigid, almost Victorian English spinster, a woman of great spine and discipline, with an enormous will, but who in her own way has withdraw from life as much as he has.  The one thing they share is their fear of being hurt.  They’re both afraid of exposure to life.  In a sense they are both virgins.  And the film is about the coming together of these two unlikely people.'”

“Little of the blame for the film’s failings can be placed with its stars.  Maggie Smith is, if anything, better as Lila than she was as Augusta, for here she underplays, conveying Lila’s weaknesses, strengths and overall sensitivity with great warmth and clarity.  Timothy Bottoms’s Walter has equal force and together on screen the pair project an empathy that, were the situations and the treatment more believable, could have formed the core of a powerful, emotive picture about an intriguing affair.”

“Yet the caricatured context renders the lovers more ridiculous than touchingly absurd, and unlike the Laurel and Hardy due with which Pakula has compared his ill-omened pair, their relationship never survives the various pratfalls and cheap jokes. . . for long enough to be revealing on any level.”

“The misfit characters and the heavily signaled theme (the inseparability of love and pain) belong in that territory which Pakula has in the past expertly staked out as his own; but in abandoning irony and ambiguity for alternating layers of slapstick and pathos, he here steadily cuts the ground from under his lovers’ credibility, leaving us a party to their embarrassment but unconvinced of their finer feelings.  The exaggerations of farce and those of romantic melodrama prove the most unlikely, and lethal, bedfellows of all.”