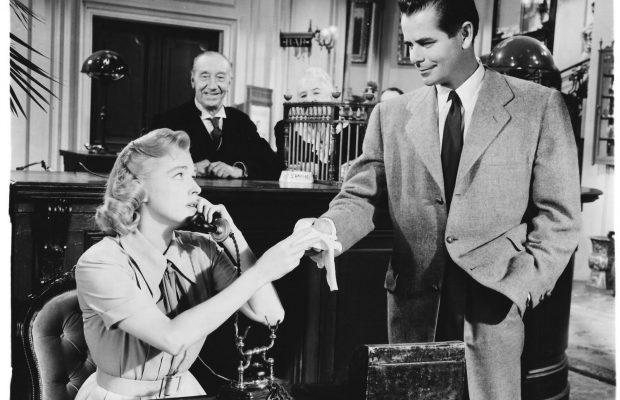 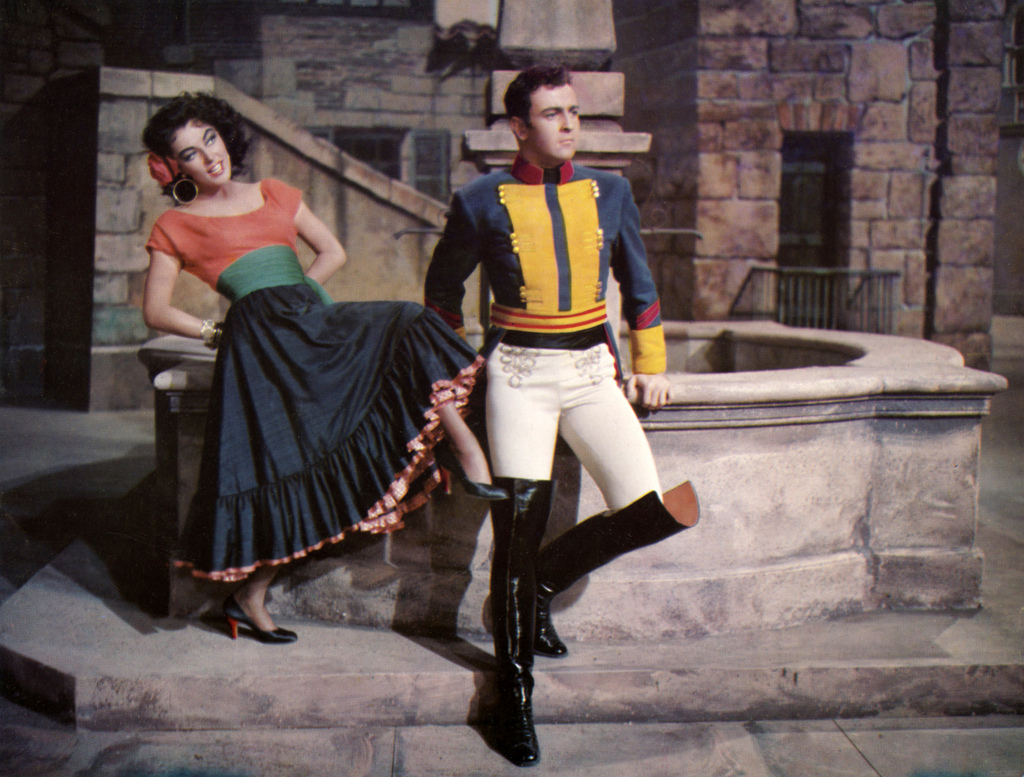 Director Curtis Bernhardt was born in Worms, Rhineland-Palatinate, Germany on April 15, 1899, which means tomorrow he’d be celebrating his 120th birthday.  Bernhardt didn’t direct his first Hollywood film, My Love Came Back starring Olivia de Havilland, Jane Wyman and Eddie Albert until 1940 at the age of 41.  Prior to that and up until 1933 he was making films in his homeland as Kurt Bernhardt.  But being Jewish, he was arrested by the Gestapo in 1933, made a harrowing underground escape to France, then began directing films there and in the UK until Europe entered into war, finally leaving for the US in 1939.

Although he wasn’t able to speak English very well when he first arrived, he was still offered a seven-year contract by both Warner Bros and MGM, largely on the strength of his last European film, Carrefour, made in 1938. This film was so well received that it was remade by MGM as Crossroads, which incidentally you may have seen, as TFS showed it just last week in its final Monday Buffs series.  Bernhardt, surprisingly chose Warners, favouring that studio’s reputation for hard-boiled realism against MGM’s more glamorous approach to filmmaking.

Unfortunately, after starting his first assignment, Bernhardt fell ill but after recovering was reassigned to make that first film with Olivia de Havilland.  With this beginning, he achieved a reputation as a woman’s director with occasional forays into suspense with varied results.

Some of his better-known films were: the 1945 Conflict starring Humphrey Bogart, Alexis Smith and Sydney Greenstreet.  In 1946 he made the well-received My Reputation starring Barbara Stanwyck and George Brent, the critically panned Devotion about the Bronte siblings, starring once again Olivia de Havilland, Ida Lupino and Paul Henreid, finishing the year off with A Stolen Life starring two Bette Davises.  In 1947 he directed that other big Warner star Joan Crawford in Possessed in a film about madness.

He moved briefly to MGM in 1947 where one of the films he made was the suspenseful High Wall starring Robert Taylor.

He then moved to RKO.  A film I remember tearing up at a TFS screening many years ago was The Blue Veil made in 1951, a remake of a French film, starring Jane Wyman who played a nurse taking care of other people’s children.  In 1953 he directed the third, and in my opinion, least successful version of W. Somerset Maugham’s Miss Sadie Thompson starring Rita Hayworth, also called Rain when it was turned into a play as well as the title of the 1932 film with Joan Crawford.

He made his last film, Kisses for My President in 1964 back at his starting studio, Warners, retiring from directing due to illness and died in 1981 at the age of 81 at his home in Pacific Palisades in California.

So, with that bit of a biography, let’s watch director Curtis Bernhardt’s Interrupted Melody. 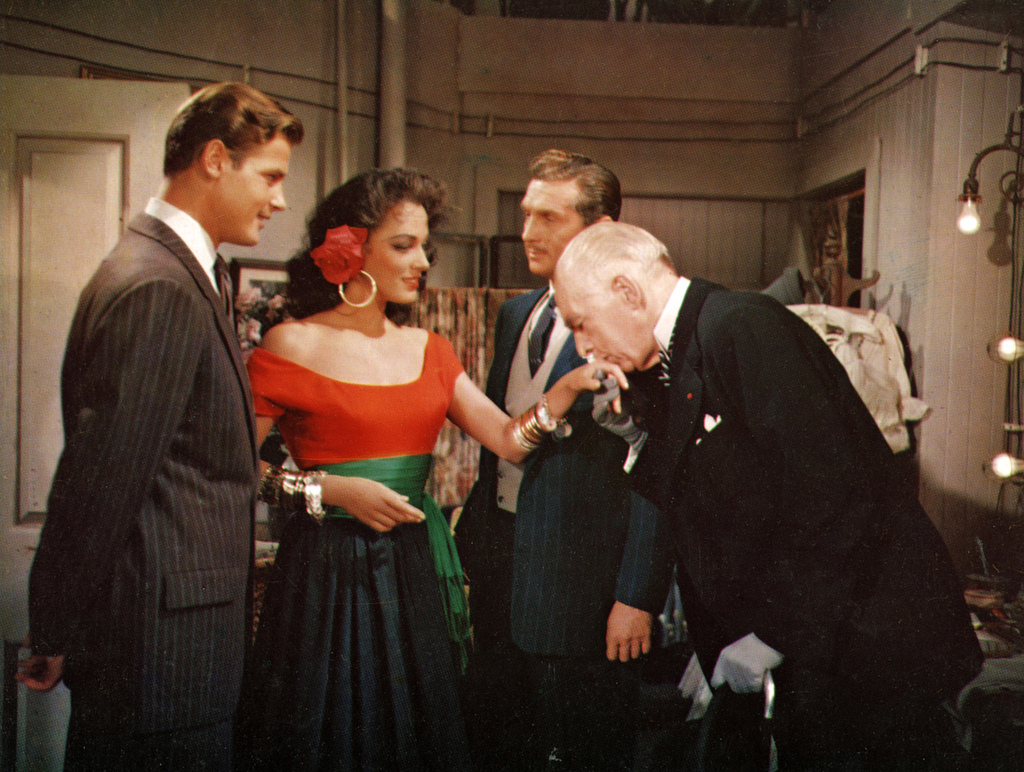 It is easy to understand why Interrupted Melody was Eleanor Parker’s favourite film performance. The life story of Australian opera singer Marjorie Lawrence had more drama than the average musical biography. Lawrence had been paralyzed by polio at the peak of her career, in 1941, and courageously fought her way back to performing with the help of her physician husband. Sumptuously filmed in CinemaScope and Eastman Color, with stunning operatic sequences, Interrupted Melody was nominated for three Academy Awards. They included Best Actress in a Leading Role for Eleanor Parker and Best Costume Design, Color for Helen Rose. William Ludwig and Sonya Levien won the Oscar for Best Writing, Story and Screenplay.

Lawrence had published her autobiography, also called “Interrupted Melody”, in 1949. In 1952, MGM bought it as a vehicle for Lana Turner, but Turner was deemed too lightweight for the role. Greer Garson was also considered, but she was no longer as big a star as she had been in the 1940s, and by the time the film was ready for production, she had left the studio. Producer Jack Cummings had never considered Parker for the role—he’d thought she was too ordinary and mild-mannered to play a diva. When Parker learned this, she stormed into Cummings’ office and proceeded to display some diva temperament, telling him how the role should be played. Cummings eventually realized that Parker’s flamboyant act was just that, and decided she would be fine as Lawrence. Parker, who knew nothing about opera, threw herself into the part, taking voice lessons and learning 22 arias in several languages so that she would be able to lip-sync credibly. Parker recalled that she drove to work “with the score propped up on the steering wheel of my car, and I woke up at night to find I’d been repeating the songs in my sleep.” According to director Curtis Bernhardt, Parker “screamed the songs. That’s what probably made it look genuine. She had never seen an opera in her life. However she did it, Parker’s lip-syncing was perfect.

Lawrence was still very much alive when the film was made, but had retired from performing in 1952 and had turned to teaching voice. Polio had damaged her abdominal muscles, so although she was supposed to dub the vocals that Parker would lip-sync, she was no longer up to the vocal demands of singing opera. Eileen Farrell, then a well-known concert singer who had not yet made her opera début, agreed to dub the vocals. Like Parker, Farrell was easy to work with and un-diva-like, and she insisted that she get no screen credit for her singing—she did not want to embarrass Lawrence. However, Lawrence herself went public with the information, suing MGM for not allowing her to sing the arias in Interrupted Melody. Farrell has a witty cameo in the film as a fellow opera singer who can’t hit the high notes. Farrell made her grand opera début in 1956 and became one of the best-known opera singers of her era, and also one of the first to record a pop album.

Lack of familiarity with opera was not Parker’s only challenge. The real Lawrence had grown up in rural Australia, and was an expert horseback rider. In fact, when she played Brunnhilde in Gotterdammerung at the Metropolitan Opera in New York, Lawrence stunned audiences in the climactic scene where her character charges into her lover’s funeral pyre on horseback, one of the most famous—and challenging—moments in Wagnerian opera. Most singers would walk the horse sedately, or even get off the horse and lead it. Lawrence went into the flames at full gallop, a scene that is repeated in Interrupted Melody with a stunt double, since Parker could not ride. A scene early in the film, where Lawrence rides to the railroad station, involved some trickery, because Bernhardt filmed it all in one shot. As she arrives at the station, Parker’s stunt double dismounts and goes behind some boxes, then Parker emerges from behind the boxes and walks towards the camera.

Interrupted Melody earned Parker some of the best reviews of her career, with such superlatives as “electrifying” and “outstanding”, as well as raves for the entire production, script, directing, music, cinematography, and costumes (also Oscar-nominated). Parker earned her third Oscar nomination for the performance, but according to her biographer, Doug McClelland, “MGM chose to put its promotional clout behind four-time Oscar nominee Susan Hayward in their bigger box-office, I’ll Cry Tomorrow, another biography of a musical star (Lillian Roth). Both lost to Anna Magnani for The Rose Tattoo. Parker followed Interrupted Melody with another strong performance, as Frank Sinatra’s shrewish wife in The Man with the Golden Arm, and continued to do good work until the mid-1960s. Interrupted Melody remains a career peak and a personal best for the talented and beautiful actress.