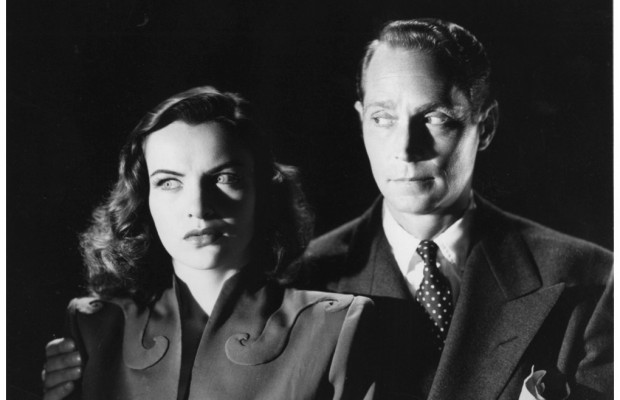 Robert Siodmak (1900-1973) directed his first film, the now classic Menschen am Sonntag (People on Sunday) in 1930 in his native Germany, in collaboration with his brother Curt, Billy Wilder, Edgar G. Ulmer, Fred Zinnemann and cameraman Eugen Schüfftan–all of whom, like Robert, left Nazi Germany in the 1930s and ended up working in Hollywood. Like some of them Siodmak

detoured first to France, then moved to Hollywood in 1939, where he stayed till 1952, then returned to work in Germany with a brief return to Hollywood in 1967. The 23 films that he made in the US were mostly crime thrillers and melodramas, generally very popular, with several, such as the first version of The Killers (1946), The Spiral Staircase (1945), Christmas Holiday (1944), The Dark Mirror (1946), and Criss Cross (1948) now regarded as classics of film noir. He was also credited for either discovering or doing much to further the careers of such actors as Burt Lancaster, Ava Gardner, Olivia de Haviland, Dorothy McGuire, Yvonne de Carlo, and Ella Raines (who appears in Phantom Lady).

Phantom Lady is based on a novel by Cornell Woolrich (see below). Though the influential  (and often cranky) New York Times critic, Bosley Crowther, didn’t much like it, it has since gained a reputation as one of the better film noirs. Despite Franchot Tone’s headline billing, he doesn’t actually enter the film until the plot is well under way and most critics agree that the star performance is given by Ella Raines, as Carol Richman, a secretary who determines to prove the innocence of her boss (Scott Henderson) when he is framed and accused of murdering his estranged wife. Working with a sympathetic police inspector (Thomas Gomez) she attempts to track down those who could give him an alibi and

save him from the electric chair. One of these, played by Elisha Cook, Jr., is a drummer in a sleazy nightclub and the scene in which Raines attempts to seduce him during a performance is considered by many to be the highlight of the film and one of the most blatantly and overtly sexual scenes of 1940s cinema. (It may be a disappointment, however, to learn that, despite Cook’s frenzied performance, the actual drumming was done by a professional musician).

Siodmak’s direction, filled with the play of light and shadow and unusual camera angles and close-ups, is fully within the film noir tradition (which he did much to establish), and the sets, which contrast the heavy Victorian design and furnishing of both the heroine’s and Cook’s apartments with the modernist design of the true killer’s home, do much to reflect the personalities of the characters.

Cornell Woolrich, who also wrote under the names of William Irish and George Hopley, though not a writer of the stature of Raymond Chandler or Dashiell Hammett, was an important figure in the development of film noir in that more screenplays of that genre were adapted from his work than from any other crime novelist. They include Phantom Lady, Night Has a Thousand Eyes (1948), directed by John Farrow, The Window (1949), directed by Ted Tetzlaff, Alfred Hitchcock’s Rear Window (1954), and two films by Hitchcock’s admirer François Truffaut, The Bride Wore Black (1968) and The Mississippi Mermaid (1969). Also, the 1947 film Fall Guy, from his story “Cocaine”, which will be shown during the Toronto Film Society’s Eastman House visit to Rochester over the August holiday weekend.