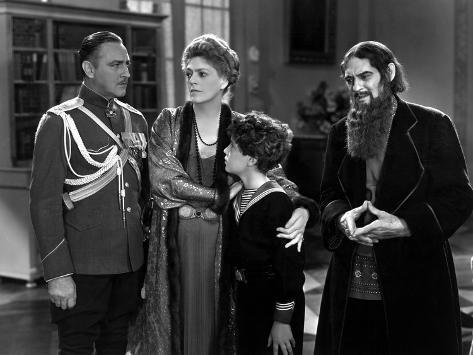 Toronto Film Society presented Rasputin And the Empress (1932) on Sunday, October 14, 1984 in a double bill with The Royal Family on Broadway as part of the Season 37 Sunday Afternoon Film Buffs Series “B”, Programme 3.

“‘You need not worry about Mrs. Colt.  Our sister will be standing right before the camera–in front of us,’ quipped John Barrymore as his celebrated sister Ethel arrived in the West to join him and brother Lionel for M-G-M’s Rasputin And the Empress.  For the first time officially in their theatrical and cinema careers, all three Barrymores were to join thespianic forces.  It resulted in one of the greatest all-out-battles of scene-stealing, mugging, posturing and scenery-chomping yet recorded on Hollywood celluloid.

“Brother Lionel and John had appeared together on stage in Peter Ibbetson (1917) and The Jest (1919) and had played together with splendid results in M-G-M’s 1932 releases, Arsene Lupin  and Grand Hotel.  Ethel had never trod the boards with her brothers and, with an attitude toward the cinema that at best was cavalier, had not made a motion picture since The Divorce (1919).  When Metro envisioned its project dealing with the intrigues of the Russian court of 1917, the image of Lionel as the evil Rasputin, John as the dashing assassin Prince Paul, and Ethel as the doomed czarina, it seemed inspired casting.  Ethel agreed to join her brothers–she was chronically short of ready funds–and did so only with the demand that she work no longer than eight weeks.  (It was mid-summer and she wished to return to New York’s theatrical environs by fall.)  Lionel, fearing the potential fireworks of such a union, set the tone of the filming when he queried publicly, ‘What poor, unsuspecting maniac of a director is going to take on this job?’

“With Charles Brabin, a personal friend of Ethel’s supplying the initial answer to Lionel’s question, Rasputin And the Empress did not have a tranquil start.  The script was rejected by the Barrymores, leading to Charles MacArthur thereafter beginning scenario rewrites on a daily basis.  Sometimes he supplied the pages the morning they were to be shot, so as to honor Ethel’s ironclad eight-week agreement. 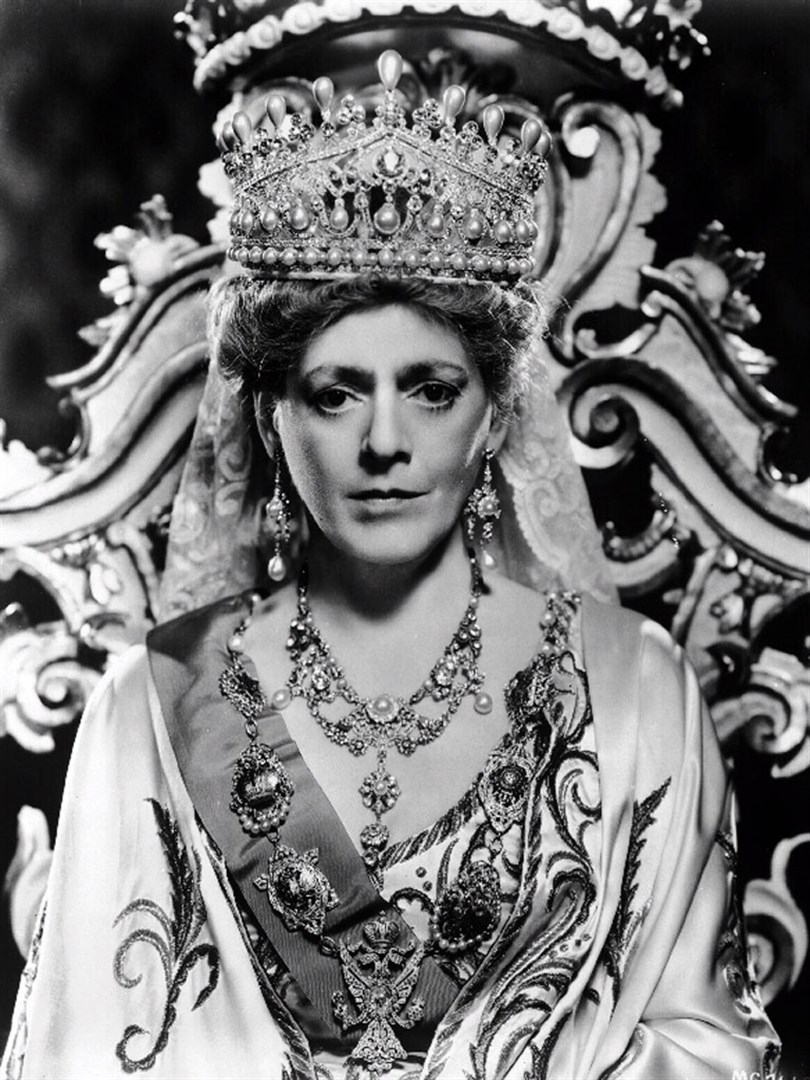 “Ethel, who played the mature czarina with an abundance of imperious eye-rolling and hand-wringing, sniped at the script and vetoed all directorial suggestions with a sniffed, ‘I knew her majesty personally.’  More dramatically, Lionel and John declared histrionic war.  As Rasputin, Lionel delighted in his seduction of the court maidens, hypnotism of the hemophiliac Crown Prince Alexis, and assorted peasant gaucheries that upset the royal court.  John, stuck with a typically dashing heroic part, envied his brother’s flavorful character assignment.  ‘The Great Profile’ had always been happiest in screen roles like Dr. Jekyll and Mr. Hyde (1920–regarded as the greatest cinema version yet recorded), Svengali (1931) and The Mad Genius (1931).

“John retaliated for his hero’s pose by employing every scene-diverting trick in his extensive repertoire.  When Lionel’s character belches after a serving of borscht, John pops his magnificent eyes in comic astonishment.  While Lionel’s Rasputin orates passionately, ‘In less than a year, I will be Russia,’ John’s Prince Paul struts about parrying with a sword.  The situation got so bad that Lionel skulked off the set, went to a studio pay phone, called the director, and told him to warn John about his larceny ‘lest at the close of this scene I be tempted to lay one on him!’  Their acting match reached a climax in the assassination scene, in which, as Lionel slowly (oh, so slowly) dies of John’s poison cakes, John cackles and shrieks.  The two then battle for an interminable time.  When the scene in which John finally drowns Lionel was lensed, set designer Cedric Gibbons created a masterful outdoor scene through which a river actually ran.  John became so moved as he screamingly dragged his brother to his watery ruin that he himself fell backward into the river.  Lionel remained on the fabricated terra firma while the crew dived in to save the floundering star.

“The scrip problems and fraternal high jinks caused production to sag on the prestigious Rasputin And the Empress.  Ethel, blaming the problems on the slow working Brabin, and intent that she not remain in Hollywood any longer than absolutely necessary, finally marched to a set telephone one day.  She called the front office and declaimed in stentorian tones, ‘See here, Mayer, let’s get rid of this Brahbin or Braybin or what’s-his-name.”  Her former friend walked off the set and the picture.

“Another friendly acquaintance of Ethel’s, Richard Boleslawski, took over.  But even his friendship with Ethel could not convince her to remain and complete the unfinished production when her eight weeks were over.  She vacated her leased mansion, and returned East.  In a parting shot she insulted her own performance (‘I look like Tallulah’s (Bankhead) burlesque of me’), her brothers (‘Nothing more than over publicized and overpaid factory hands’), and Hollywood in general (‘The whole place is a set, a glaring, gaudy, nightmarish set, built up in the desert’).  Ethel would return to Hollywood in the forties and win a Best Supporting Actress Oscar for RKO’s None But The Lonely Heart (1944).”