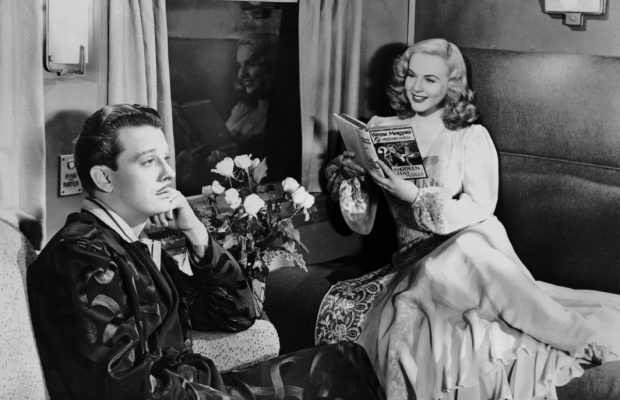 Toronto Film Society presented Lady on a Train (1945) on Monday, December 23, 1985 in a double bill with Twentieth Century as part of the Season 38 Monday Evening Film Buffs Series “B”, Programme 5.

“…one of her very best films, Lady on a Train, a minor classic that has never been as appreciated as it deserved.  A combination of film noir, Hitchcockian thriller, and wacky comedy in the Thin Man and W.S. Van Dyke tradition, it had a top cast, outstanding production values (the most lavish since First Love) and a bright and breezy role for Deanna.  An adult reincarnation of her old meddling child role, it cast her as a detective story addict who witnesses a murder from a train window, and in trying to prove that there was a killing, becomes a target for the killer himself.  The pace was brisk, the action and thrills played for all they were worth, the dialogue peppy and funny, and Deanna’s songs, ranging from sweet to sexy, good and varied.  All told, it was a standout picture, one of the big surprises of ’45, and it retains its punch today.  However, the comedy-thriller was out of vogue then.  The Lang-Hitchcock-Siodmak-film noir brigade, who would have loved it, had no interest in a Durbin film.  The film, which still awaits rediscovery, was so enjoyable on so many levels it is a matter of real regret that it represents the only major Hollywood work of director Charles David, a Frenchman who had once worked as assistant to Jean Renoir and Rene Clair.  But if he didn’t make the grade by Hollywood standards, there was ample consolation elsewhere: he walked off with Deanna as his bride, a marriage that still endures happily”.  — William K. Everson 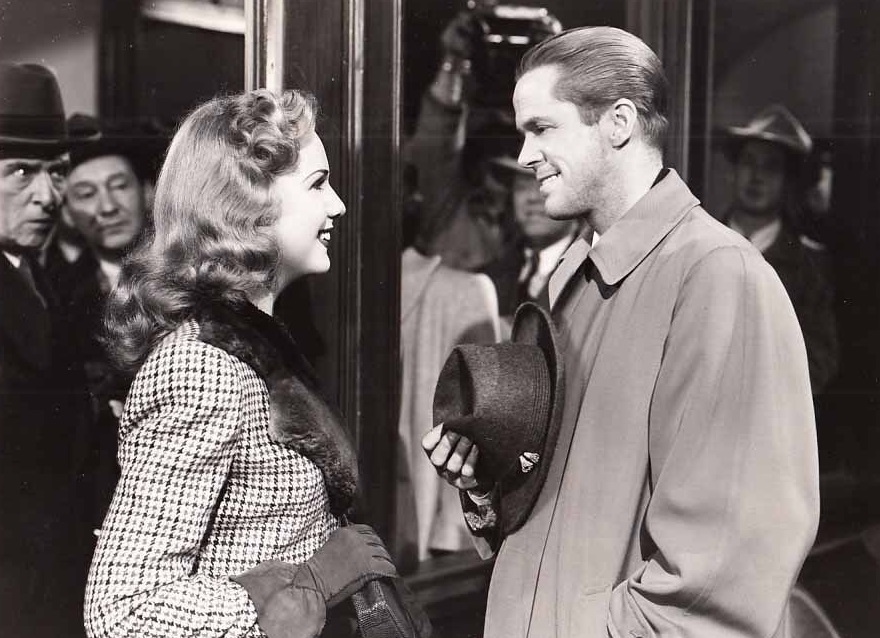 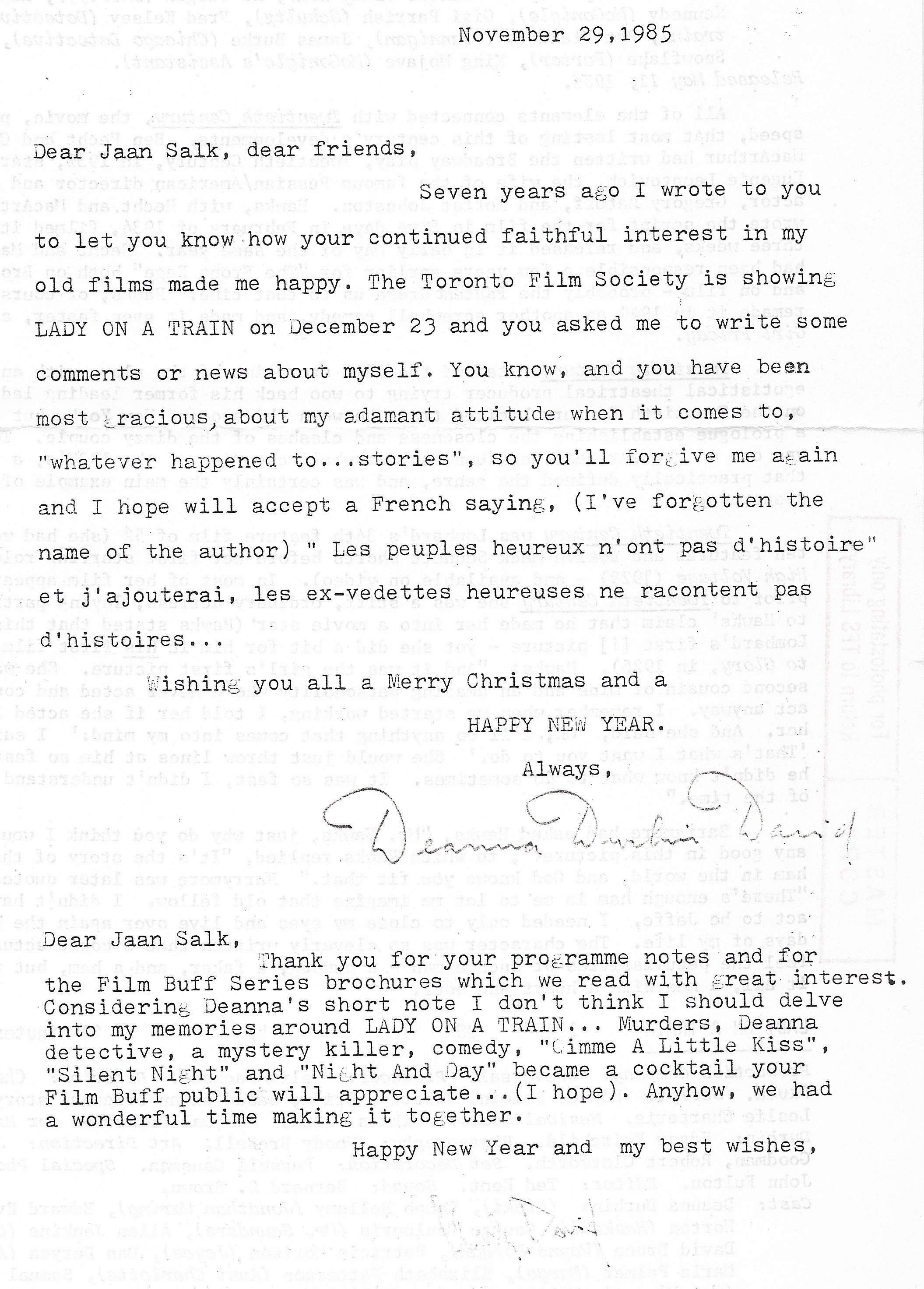