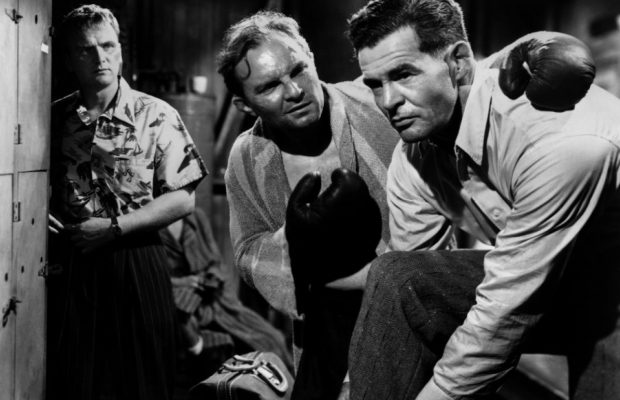 NOTE:  Members who took out double membership are reminded
that programme notes are mailed to only one partner;
those not receiving them by mail may obtain their
copies at the theatre.

Doors will close at 8.15 p.m. and open at the end of
the first film for latecomers to be admitted and seated. 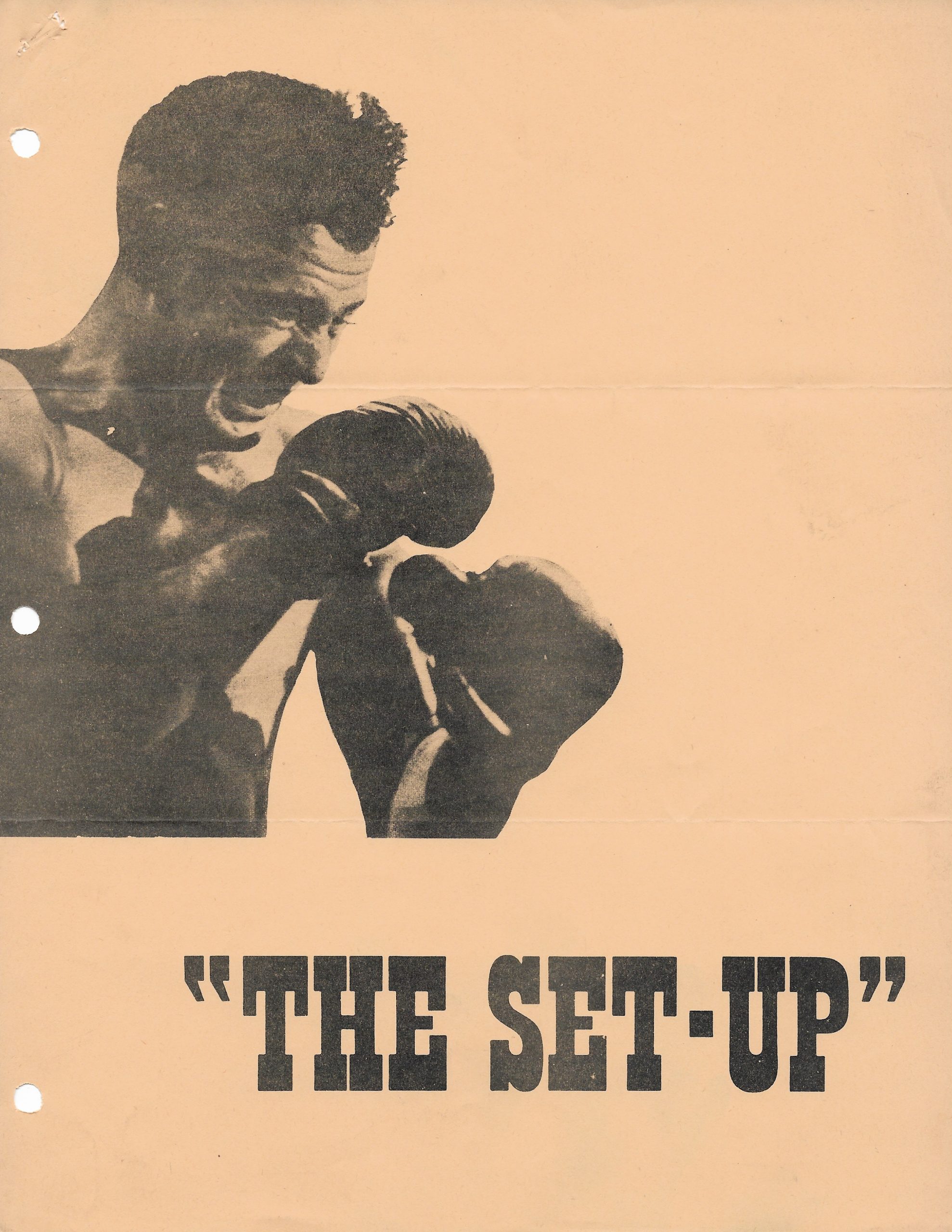 PRODUCED by United Productions of America

The brilliant young cartoonists who left Walt Disney a few years ago under the leadership of Stephen Bosustow, William Herz, John Hubley, Paul Juian and others and created UPA, have turned their animation talent to a very serious purpose in this unusual functional film made for the American Cancer Society.  The difficult subject is handled with originality and wry humour; insight into human behaviour is excellent; the film is tightly constructed and makes its points succinctly.

This is the second in the series of experiments designed to further film appreciation in film societies; the third was shown last Season.

Harry Langdon, the gentle baby-faced boob who endeared himself to T.F.S. members last Season in The Strong Man appears in a 3 reeler made on the Sennett lot.  It is entirely likely that this is one of the comedies for which Frank Capra wrote the gags; it was in the short comedies of this period that Capra exploited the veteran comedian’s qualities and developed for him a definite characterization–that of “the Christian innocent” which was expressed at its best in The Strong Man and Long Pants. 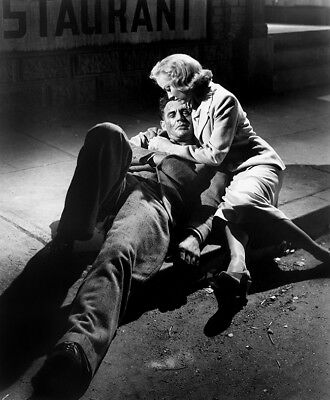 It was thought that these notes on the film should be written by someone who was enthusiastic about it.  I think The Set-Up is a tremendous movie.  It has faults–a couple, at least–but I am not going to mention them.  After all, I came to praise the picture, not to bury it.

Technically, The Set-Up comes close to perfection, both as a film and as a drama.  It observes a general unity of place and a tight unity of both time and action–(cf. Fred Zinnemann’s High Noon).  For continuously effective but inconspicuous use of the camera-angle, it can stand comparison with Vigo’s L’Atlante, and in addition to firmness and understanding, the direction displays a deliberate rhythm which generates a tension strong enough to freeze an audience in their seats.  Almost completely devoid of background music, it uses sound with more effect than any film I’ve seen since This Gun For Hire, and yet is visually so strong, it could almost be run as a silent film.

As a satire, the film is merciless in its picture of the petty crooks and their hangers-on, in its grotesque and reminiscent images of the sadistic arena crowd, in the profound irony of such names as the Hotel Cozy, Paradise City and the music played at the Paradise Ballroom, and in the cheap, melancholy glitter of this seedy provincial town (wonderfully caught by Milton Krasner’s vivid atmospheric photography.)

But what makes The Set-Up really matter, for me, is that it is about something and it has more meanings than cold analysis can discover or explain.  It has the warmth and depth of human experience.  Its symbols operate on more than one level; how much mood as well as literal meaning is packed into a close-up of hamburgers and beer, and shot of an empty seat, a flaw in a mirror, a light in a dingy hotel window, or the earthward fluttering of pieces of a torn ticket.  This film is a poetically realistic documentary on the human spirit and, more particularly, on what it feels like to be living here and now–eg.  the familiar atmosphere of the locker room (Ryan’s acting in these scenes is superbly natural); the feel of the city and the night.  The boxer and his wife are seen together for only a few minutes in the whole film, but seeing one, you are always conscious of the other.

Finally, I would like to mention the Homeric quality of the fight itself, which is presented in its entirety.  When you climb into the ring with Stoker Thompson, you are scared stiff.  You know that you and he are going to take a terrible beating, because, like Hemingway’s equally tired and isolated figure of The Old Man and the Sea, like Capra’s Mr. Smith, this man can’t conceive of quitting.  But, though the dispersing fight crowd won’t look at either of you twice when the fight is over, you may be amazed at a man’s courage and stamina and for a moment, at least, be proud of your stature as a human being.

This is what I got out of seeing The Set-Up.  And here I am tempted to let British reviewer Malvern Muspell sum up:  “Besides being a bitter condemnation of corruptness in the American Ring, it is a very human film–which probably won’t prevent some pinheads from laughing at it out of the deep conviction that no American toughie can possibly be good”.

The Set-Up took both the Prize for Photography
and the International Critics’ Prize at the
Cannes Festival, 1949

Robert Wise’s other films include:
Blood on the Moon, The House on Telegraph Hill,
The Day the Earth Stood Still and The Captive City.

The Chips are Down was unanimously praised; herewith sample comments on general reaction:  “Absolutely excellent”; “Enjoyed it more than any other seen in quite a few seasons”; “Ever since reading the book I’ve been waiting to see the film.  I was not disappointed”; “Daringly non-commercial”; “..Whatever Sartre has to say, it is essentially and primarily a manifestation of existentialist philosophy…  One of the best films I have seen for years”; “Excellent mature picture”.

So many comments on what was liked about the film were received that quotations from all cannot be included; members are referred to the evaluations and to a penetrating analysis of the meaning of the film written by Isabel Beissel, to be posted on the notice board in the lobby.  A few comments:  “It will remain memorable for me, for the philosophy and poetic feeling underlying the conventional love story.  It is rare to find any profundity combined with good entertainment and you find it (here), if you care to ponder the great problems Sartre raises in his story”; “A modern realization by a modern mind”; “Good casting, good acting, wonderful mixing of realism and fantasy, but above all, interesting subject matter–something to chew on, always a pleasure even if you don’t agree with the premise!”; “Strong dramatic structure”; “Delannoy’s direction subtle, sensitive and firm; photography skilfully handled and refreshingly void of gimmickery; dialogue tightly written…”; “The dialogue still has the accent of maturity and some wit”; “Liked the disturbing conclusions the philosophy draws”.

Unfavourble comments:  “The acting of M. Charlier and Lucette needlessly melodramatic and stereotyped”; “Surprised to notice curious old-fashioned moral fairy-story atmosphere from anyone as supposedly avant-garde in ideas as Sartre”; “Print a miserable one..”; “Pace a little slow at times and parts not quite convincing enough”; “Dictator somewhat too ridiculous”; “Gallic pessimism which necessitated ending”; “Tehcnically the whole thing had an amateurish air and visual ideas (such as dead having no reflection) bordered on cliche”.

A few members compared The Chips are Down to Orphee.  While Cocteau’s film was admired by two members as much more intriguing and skilfull a piece of film-making, Sartre’s was felt to be superior by others for its humanistic interpretation of sentiments and feelings, its human warmth and its maturity of content.

COMMENT ON THE SHORT FILMS:  One member classified them all as “rotten”.

Shakespeare Øg Kronborg:  “Fascinating”; “Beautifully done”; “Exciting”; “Well photographed and evocative”; “should have preferred that the sounding footsteps in the chapel did not materialize as Will Shakespeare”; “Very fine–pictorial and mood”; “Confused me”.

Notes on the Port of St. Francis received controversial reactions:  “Extremely interesting and accurate as far as atmosphere goes; commentary a bit over-written but effective if you like poetical prose”; “The fog sequence was terrific–it is always exciting to see a professionally made ‘amateur’ film!”; “Rather dull”; “Amateurish, badly cut, disjointed”; “Repetitious in spots and I don’t think it got across the cosmopolitan picture of the city”; “The prototype of a documentary such as it should not be made.  Real attraction of that city missed, nicest parts not shown, camera wanders aimlessly–a pretentious dud”; “Terrible disappointment–no design–no imagination–vapid; always heard San Francisco a wonderful place–hope I never have to go there!”; “Sensitive, personal, full of feeling–for me, its faults are unimportant–a great amateur film–some fine cutting and moving camerawork.