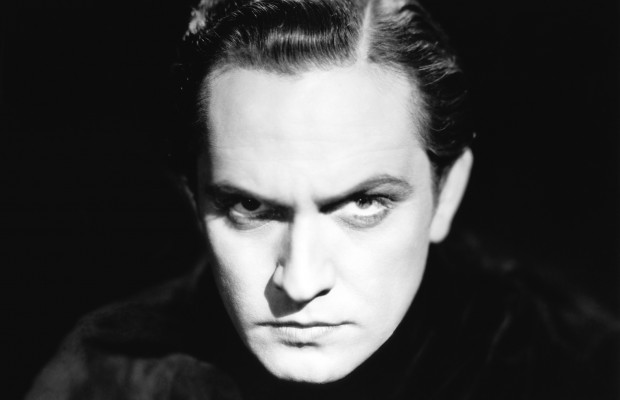 Toronto Film Society presented Death Takes a Holiday (1934) on Monday, February 24, 1975 in a double bill with The Seventh Victim as part of the Season 27 Monday Evening Film Buff Series, Programme 4.

Death Takes a Holiday premiered exactly 41 years ago yesterday, on February 23, 1934, at the Paramount Theatre in New York.  It opened to good reviews and was Paramount`s second highest grosser of the year, after Mae West`s Belle of the Nineties.  I first saw the film more than eight years ago at the Museum of Modern Art in New York.  The director, Mitchell Leisen, has related the effect the film had on its audience:

We had seven or eight thousand letters come in from people all over the country, saying that they no longer feared death.  It had been explained to them in such a way that they could understand the beauty of it.

The son of a very dear friend of mine had committed suicide, and she was terribly broken up over it.  I took a flying chance one day.  I took her to the projection room and left her there alone and had Death Takes a Holiday run for her.  She came out a completely different person.  She said, “You`ve explained death, you`ve made it beautiful to me.  I no longer feel the way I did.”  This was worth a great deal to me, and made the effort of doing it worthwhile if you could affect that many people and explain something they have been horrified of.  As Death himself says, “Why do men fear me?”

Leisen said he had no problem with the characterization of Grazia, the character attracted to Death.  He saw her as a woman who simply did to want to live, who wanted peace and quiet, which is symbolized to her by death.  Leisen recalled telling Maxwell Anderson to “Just take the attitude that this girl has gone out into the garden at night, gotten pneumonia, and doesn’t have the will to live.”  He said he cast Kent Taylor as her fiancé because Taylor resembled Fredric March.  “They looked almost exactly the same, and I wanted to get the effect over that March represented Death and Taylor was life.  She loved them both, but she loved Death more.”

Death Takes a Holiday was one of Leisen’s favourite films.  Fredric March considered his role in it as one of his four best, along with Doctor Jekyll and Mr. Hyde, A Star is Born, and The Best Years of Our Lives.  The power of the film derives from an eerie, macabre, romantic feeling that it invokes.  Lawrence Quirk lists the film as one of the 50 great romantic films, an example of the supernatural aspects of Romanticism.

The film’s mood is served memorably by its music, including the use of Sibelius’ melancholy Valse Triste, and by the director’s superb visual imagery.  Leisen had worked as art director for Cecil B. De Mille for more than ten years.  To make March appear transparent, as Death, he was photographed through a partially silvered mirror.  The striking, larger than life set design, along with the haunting music, is what I remember the most from the Museum screening eight years ago.